Book tells the story of one Springfield neighborhood 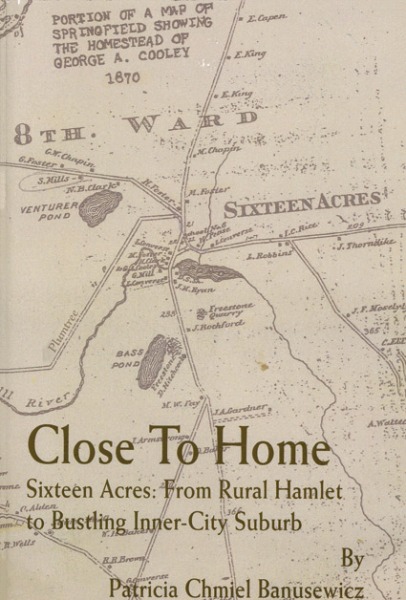 SPRINGFIELD – Patricia Chmiel Banusewicz remembers when living in Sixteen Acres was considered living in a rural area with the city of Springfield miles away.

It wasn’t that long ago, her new book, “Close to Home, Sixteen Acres: from Rural Hamlet to Bustling Inner-City Suburb” points out.

She told Reminder Publications, “I wanted to tell the story I knew from growing up there.”

Banusewicz was a child in Sixteen Acres in the late 1940s and into the 1950s. She saw first hand how the demand for post World War II housing led developers to the area.

She recalled memories of the neighborhood that may be difficult to picture today – wild flowers in fields, farms that raised vegetables and pigs. Wildlife such as fox and mink were in the woods and there were still horse stables.

“It was a rural backwater,” she said.

When she was born in 1946, “there was nothing out there,” she recalled. There was a grocery, a barbershop, a drug store and a real estate office that made up a town center.

Her book describes the history of the neighborhood, which received its name in 1651. It stayed rural through much of its history, which the city directory of 1870-1871 described it as chiefly a farming community with a dozen houses, grist mill, ward building for voting.” There was a schoolhouse and quarries, as well.

Banusewicz included a newspaper account that called the area “the oldest and tiniest of the outlying hamlets” and that it “constituted the eastern frontier, as there were no settlements between the town and Boston.”

Growing up in the area, Banusewicz said there was a real sense of community. The residents “It was like family. There were so few people out there.”

Access to the rest of the city was limited as she explained that in the 1930s and ‘40s there was no public transportation serving Sixteen Acres. The closest service was a trolley that brought passengers to Watershops Pond and then they could complete their journey by walking or arranging for a ride.

Her grandfather, who owned much property in Sixteen Acres, “would be horrified at what it is like now,” she said.

Contact Banusewicz through email at pfbanusewicz@comcast.net for sales information about her book.