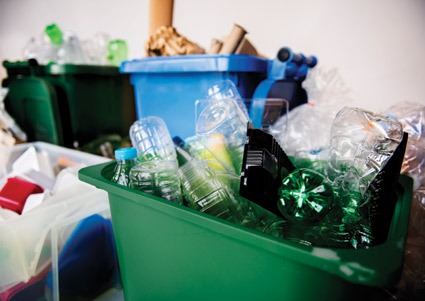 SPRINGFIELD – Most of Western Massachusetts has been “living in a bubble” when it comes to recycling practices and costs, but now that bubble is predicted to burst.

Miller explained that under the soon-to-end agreement participating communities did not pay for the disposal of recycables material and was paid for the materials.

China, she said, had been a big market for recycled paper and plastic but that has changed. The demand for paper and cardboard has “evaporated,” she said. Miller said in 2017 Chinese authorities enacted “purity standards” which set the bar for clean recycled material. About half the material from this country did not meet the standards.

Now, she said, the proposed arrangement between the communities and the MRF would call for the communities to pay for the disposal upfront and if the material were bought they would receive part of that sale amount.

The contract negotiations were supposed to close on Jan. 31, but have been extended three weeks, Miller said.

“Every community has to figure out if there is a better option,” she said. Miller reminded that recycling is state law in Massachusetts.

Single stream recycling programs are more expensive than dual stream, Miller noted. She said a single stream process, such as used by the city of Springfield, requires that all of the recyclable materials be dumped from trucks onto the floor of the MRF. The materials are then sorted into two streams, placed back onto a truck and brought to anothe­­r facility.

“There are two consequences to single stream recycling,” Miller said. “The fees increase because of the convenience and there is more contamination which makes it more costly.”

In a fact sheet released by the advisory board, the following was noted:

Most U.S. and eastern Massachusetts communities have been navigating the new recycling climate for months, but the Springfield MRF’s operator has been under contractual agreement to accept recyclable material free of charge from its member communities. The current contract governing the relationship between the MRF and its member communities expires in June 2020. The new contract requires municipalities to cover recycling processing costs up front, and includes a possible reduction in cost based on monthly commodity market revenue.

“The good news,” Miller said, “is there is movement in the national market.” She added that paper mills are opening up and using recycled materials. There are two papers mills in Maine bought by Chinese concerns that are using recycled materials to make paper pulp. The pulp is then being shipped to China to be turned into finished paper products.

The MRF Advisory Board noted, “What you put into your household recycling bin matters. Individuals can keep processing costs down by taking time to become educated about which items are recyclable, and keeping other items out of your bin. The DEP’s Recycle Smart Campaign (recyclesmartma.org) and the MRF’s educational material (springfieldmrf.org) can help.”