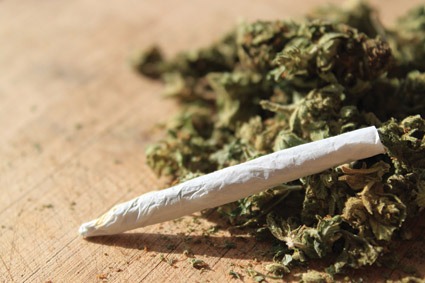 SPRINGFIELD – It was a very small audience, and a very big topic.

On June 6, the Stop Access Drug Free Communities Coalition sponsored a forum at Central High School billed as a look at “keeping youth healthy and safe in the age of recreational marijuana use.” But the two-hour meeting covered much more, touching on subjects ranging from public reaction to legalization to zoning law challenges to labeling edibles to issues with detecting drugged driving.

Sharon Hall-Smith, coalition coordinator, explained to the mere 12 attendees the purpose of the meeting was to “provide the community with information on the regulation, prevention and public safety issues that relate to legalization of marijuana for parental use” and how these changes might affect the city’s youth.

Hall-Smith said the Coalition was moved to host the forum by concerns about youth attitudes toward marijuana use – which in a recent middle school survey showed kids consider it less of a threat than alcohol use – and factual data that shows early adopters have poorer school outcomes and a greater tendency to develop dependency.

Flanagan said the Cannabis Commission was careful to word its legislation referring to the legalization of marijuana for those over 21 as “adult use” and not “recreational use” because “recreational use makes it sound like fun.” She also urged citizens to become active in the planning of local ordinances regarding marijuana sales and distribution in their communities, and how any  local sales tax they can impose might be used to mitgate marijuana-related issues in their community.

“Chapter 55 [of the Cannibas Control Commission’s rulings] empowers cities and towns,” she said, adding. “When I go around to speak at cities and towns I tell people, think about what you want your town to look like, and talk to your elected officials…. And make sure that your voices are heard.”

She noted that in many communities the “hearings and meetings [regarding marijuana businesses] were poorly attended” and citizens were concerned by the rulings passed afterward.

Davis told the audience Springfield had held its first zoning subcommittee committee meeting with the City Council regarding marijuana-based businesses at 4 p.m. that afternoon.

Because the city currently has a moratorium “which does not allow any marijuana establishment to open in the city until September 30, 2018,” she indicated the ordinances regarding these businesses are still at the earliest draft stages.

This, she said, is important because any marijuana establishments opened before the zoning laws are established would be grandfathered, and could not be compelled to comply with the new rulings.

According to Davis, under current state regulation, Springfield would be allowed to license 10 marijuana establishments, which represents approximately 20 percent of the 50 active liquor licenses in the city.

She added that under Cannabis Control Commission rulings, marijuana businesses in the city would not be able to display any marijuana-related images, crazy type fonts or use any cartoon images on signs. Commission rulings also indicate no business can sell marijuana to individuals under 21 years of age, and Davis said the city plans to develop strict penalties to enforce this ruling.

Keenan, a 21-year veteran of the city’s police force and current member of the Narcotics Bureau, said though the law may have changed in 2008 decriminalizing possession of an ounce or less for personal uses and is about to change for recreational use over the age of 21, “marijuana has not been legalized for all persons and uses.

Those who fail to protect their children from exposure must attend a special class, and skipping the class results in a $1,000 fine.

However, he noted “pediatric exposure to marijuana is up 30 percent in Colorado” since legalization, indicating this is a potential problem looming for the Bay State. He added that no one under 18 can legally possess marijuana, and that it cannot be used on any school or college property.

During her remarks, Flanagan noted that colleges were carefully examining the laws regarding marijuana use in the Bay State, as one, the substance is still illegal under federal laws and two, Massachusetts law makes marijuana possession or use illegal under the age of 21 and on many campus 90 percent of residents are younger than 21.

When it comes to college students and marijuana use, “There’s a lot of misinformation out there,” Flanagan said. .

Keenan closed by adding, “Marijuana laws are evolving and we take the lead from the Cannabis Commission and the Chiefs of Police Association.”

In answer to a later audience question about driving under the influence of marijuana, Keenan said there currently is no definitive test for driving under the influence of THC, but if a motorist was stopped for a driving infraction, the odor of marijuana would alert an officer to perform a sobirety test. He also noted the Springfield Police Department has several drug recognition experts on the force, and he projected that training in drug recognition would become more widespread once marijuana is legalized in July.

Marceno, a prevention specialist with the city’s Department of Health said parents need to be concerned about the upcoming legalization for recreational use, not just because of the youth attitude toward marijuana cited by Hall-Smith, but also because the weed available today is not the one they remember from the 1990s.

She also said edibles present an unseen danger both for adults and for kids.

“They take longer to digest and people eat more, and may get to a dangerous level [of THC ingestion], she said.

In her discussion of edibles and public health rulings, Flanagan said the Cannabis Control Commission had been very specific about how marijuana edibles could be packaged and presented. Under state rulings, they cannot look like “something that would appeal to your five-year-old, [or] something that would appeal to your pre-teen,  [and] they cannot have images of fruit, animals, sports equipment or flowers” on their packaging. In addition all packages must be child-proof and carry both the Cannabis Commission’s edible symbol – which is a marijuana leaf inside a triangle – and state the item is “not safe for children.”

Marceno said the same youth survey that indicated a relaxed attitude toward the dangers of marijuana use showed kids begin experimenting with the substance about 13.8 years of age, making the year just before middle school the most important time for parents to talk to their children about peer pressure and marijuana use.

“Parents and adults in general;  just having a trusted adult [to talk with] are the biggest factor in whether or not a child or teen turns to drug use,” Marceno said.  She added that the city’s Health Department has materials that can help parents prepare for the discussion. Interested parents can call her office at 787-6718 to request the materials.

Following Marceno’s remarks, several members of the Coalition’s “Why Risk It” Youth Advisory Board spoke about the impact talking with their parents had on their decision to remain drug free.

The Stop Access Drug Free Communities Coalition is a citywide coalition comprised of residents and organizations, managed by the Gandara Center. It is funded through a grant from the Office of National Drug Control Policy and Substance Abuse and Mental Health Services Administration, US Department of Health and Human Services. The forum was sponsored by the city’s Department of Health and Human Services and the UMass Amherst School of Public Health.

The next meeting of the Stop Access Drug Free Communities Coalition is set for June 20 from 3:30 to 5 p.m. in the community room of the Forest Park Library, 380 Belmont Ave.