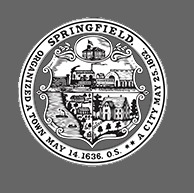 SPRINGFIELD  – The controversial Welcoming Community Trust Act passed a second of three votes by the City Council on Dec. 3, but not without much debate.

Provisions of the act include:

•  “A city official shall not inquire as to an individual’s immigration status unless required by federal or state law.

• A city official shall not target with legal action or discriminate against a medical, educational, or faith institution in their mission of providing refuge to immigrants and their families.

• A city official shall not initiate an investigation or take law enforcement action, including regulatory action, on the basis of actual or perceived immigration status.

• Notwithstanding sections 415-3(A) and 415-3(C) above, a person’s immigration status shall not prohibit or inhibit the City or any city official’s participation in any government operation or program that confers an immigration benefit, or temporarily or permanently protects noncitizens from removal as provided through programs such as the U Visa, the T Visa, and the federal Violence Against Women Act.”

Mayor Domenic Sarno has said he would veto the ordinance if it is passed by the council and in a written statement, said, “My concerns have always been for the health and public safety of our residents and business community and not to create a liability issue if our city employees to neglect their sworn duties to follow the letter of the law.”

The council chamber was standing room only with immigration advocates standing in the rear all holding signs.

Councilor Timothy Allen read off a list of concerns that had been sent to him by constituents, questions he believed should be answered in order to gain additional support for the act.

Among his questions were how many undocumented immigrants are there in the city – he said his research indicated it could be anywhere from 5,000 to 13,000.

His principal questions revolved around the financial impact undocumented immigrants are having on the city and would have if the ordinance is passed. He said he had a discussion with School Superintendent Daniel Warrick who believes there would be an a “burden” placed on the school budget.

Police Commissioner John Barbieri also expressed concerns to Allen about the language of the act.

Allen said he supports the “spirit” of the act, but wanted it to be sent to committee for greater study.

Coucilor Michael Fenton said he wasn’t surprised by Sarno’s stance but was by Barbieri’s position. He said he would like the opportunity for the commissioner to come before the council and speak to them.

Councilor Kenneth Shea expressed his belief the federal government “has let us all down” by not having federal immigration reform.

He said that the council was proposing to do was to put “a Band-Aid  on a gushing wound.” He also believed it should be sent to committee.

Those advocating for passage of the act were led by Councilors Adam Gomez and included Jesse Lederman, Tracye Whitfield, E. Henry Twiggs and Justin Hurst. Councilor Melvin Edwards said the act was personal to him as his father was an undocumented immigrant.

An effort by Allen to send the act to the City Comptroller for financial analysis was handily beaten back by Council President Orlando Ramos.

Lederman said the act does not establish Springfield as a “Sanctuary City” and added that term has no legal definition. He continued the act would not endanger federal funding for the city and would not require city employees to break any law.

The act goes before the council on Dec. 17 for a third and final vote. It would then be sent to Sarno for his approval or veto.