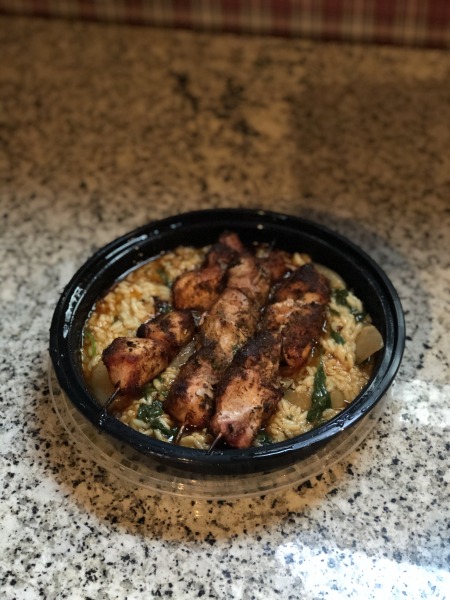 STAFFORD SPRINGS, CT – Last week, we started the “best damn takeout” column – a spin off our “best damn sandwich” column. Considering we are not going out and getting sandwiches as a group at this time, we found a way to continue our column and featuring local businesses without breaking any rules.

Traditionally, we at Reminder Publishing don’t feature businesses or places outside of our circulation area. We like to support ones that our newspapers cover. However, now that we’re all working from home, a few staff members live out of our territories, myself included. Keeping this in mind, when we decided to do this column, we noted that there would have to be a few allowances to the column so that myself and our other out–of–towner staff writer Sarah Heinonen could participate without having to strain ourselves to eat dinner in Reminder communities.

My family and I have been going to Basil’s for years. Basil’s is an Italian restaurant that has the tagline, “old world cooking, new world flair.”

First off – the staff of Basil’s has always been incredibly friendly. I distinctly remember going to the restaurant years ago, and the owner greeted us at the doors and chatted with us while we waited for our table. Later on, he was sure to come over to us as we were eating to check in and see how dinner was going and if there was anything that we needed. I’ve noticed over the years that less and less restaurants have the owner present to walk around and check in on customers. Having the owner stop to chat with us a couple of times drove home the sense of family and care at this restaurant.

Now, though Basil’s is reduced to takeout with the rest of the states of Connecticut and Massachusetts, the owner was still helping his (limited) staff give meals to customers. Some things never change.

Basil’s has an extensive menu, offering appetizers, salads, chicken specialties, Italian classics, grilled options, veal specialties, seafood, burgers, sides, soups and desserts.             I thought for sure that they would have narrowed their notoriously expansive menu for takeout – but I was wrong. Everything on their normal menu was offered for takeout, which was greatly appreciated in my family.

My parents, brother and I each took our turns looking at the Basil’s menu, mulling over the multitude of options. It is not unusual for my mom and I to choose the same meal for dinner, as we have similar tastes in food. And, she and I are both trying to cut back on our meat consumption. With that said, it didn’t surprise me that we both chose the grilled portobello sandwich: a portobello mushroom topped with roasted red peppers, black peppercorn cream cheese, spinach, sliced avocado and mozzarella cheese on a toasted hard roll, garnished with lettuce, tomato and red onion. This is served with french fries, coleslaw and a pickle. She and I both opted to skip the mozzarella cheese and black peppercorn cream cheese, as, being picky, we are also trying to reduce our dairy consumption. However, my mom opted to get eggplant fries, and I selected sweet potato fries.

My brother landed on the cajun pork kabobs: two cajun spiced pork kabobs served over a roasted red pepper, spinach, onion rice. My dad opted for the restaurant's chicken parmigiana – a shocking choice – which consists of breaded chicken breast, deep fried and topped with marinara sauce and mozzarella cheese and then baked until golden brown. It is also served with a side of pasta.

I say that the chicken parm is a shocking choice for my dad, not because he doesn’t like chicken parm, but because he adores my grandmother's chicken parm. My grandma, Noreen, is a stellar cook – we always joke she should open her own restaurant “Queen Noreen’s.” The favorite meal of the family is collectively her chicken parm. It’s pounded out thin, it has all of the fancy cheeses and a delicious sauce that can’t be replicated.

My dad has been disappointed by many–a-chicken parm after having my grandma’s years and years ago. He rarely will order it out because he knows he won’t like it as much as hers.

Nonetheless – he risked it all.

As we pulled out the food from our to–go bag, we marveled in the amounts we received. We were given bread, side salads and our full meals – there was plenty to go around.

My dad rated Basil’s chicken parm well. He noted that the hallmark of a good chicken parm is that the chicken is pounded out thin, which Basil’s did excellently. He enjoyed the sauce, and said there was plenty for leftovers, as the containers of chicken parm included the side of pasta and bread.

I have to say, the presentation of my brother’s kebabs was A+, even with it’s metal to–go container. They looked delicious and well–spiced. He enjoyed them, and there was enough to have for leftovers the next day.

The portobello mushroom burgers that my mom and I ordered were served in a container open–faced so we could pick and choose which toppings we wanted on the burger, if we chose to pull anything off. A problem I’ve noticed with portobello burgers in the past is that the mushrooms are very juicy, and their juices subsequently get the bun wet and occasionally too soggy for eating. I was pleasantly surprised that even after being in a container for 20 minutes on the drive home, the bun was fully intact.

The burgers tasted fresh and delicious, and our side orders of sweet potato fries and eggplant fries were a nice change to regular fries. I was shocked by how much I enjoyed the eggplant fries, as I wasn’t sure it was something I would typically enjoy.

If you’re looking for a “like mom makes” dinner, Basil’s is a fantastic option. The restaurant is located at 64 W Stafford Rd. in Stafford Springs, CT. Basil’s can be reached at (860) 684-9000 and their website is basilsofstafford.com.

This post by Reminder Publishing is a terrific tribute to Basil's of Stafford Springs, CT.  Great meals, great service, great owner and great staff. I've eaten in and had enough for a second meal at home. I've had take out with the same results. I recommend Basil's every chance I get .