For Collins, the song remains the most important element 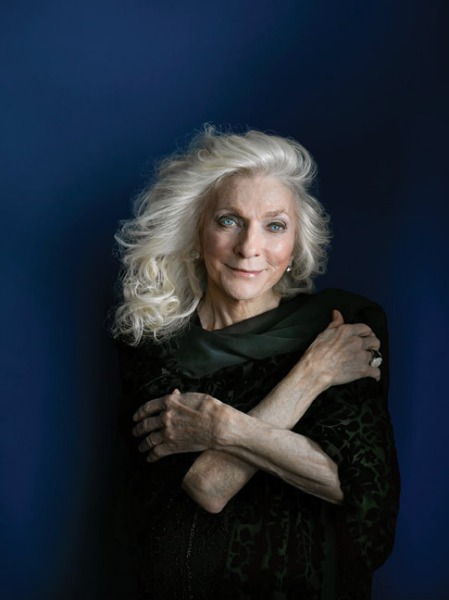 Musical legend Judy Collins will be performing at the Academy of Music on Oct. 10.
Reminder Publishing submitted photo

NORTHAMPTON – At a time when much of the entertainment industry is still adjusting to the challenges of the pandemic, musical legend Judy Collins has come out of this time with a new album, a podcast and a tour of live performances.

The New York Times has called her the “ageless wild angel of pop” and her body of work has included dozens of albums, tours of live performing and even appearances on “The Muppet Show” and “Sesame Street” to HBO’s “Girls.”

Collins spoke about her career with Reminder Publishing last week. She is appearing at the Academy of Music in Northampton on Oct. 10.

Her break-through single “Both Sides Now” came in 1967 with her album “Wildflowers.” She had started her recording career in 1961. Collins has gone on to record 55 albums and has stretched her catalog to include not only her own songs, but also those from a wide range of musical genres.

Her latest is “Judy Collins: Live at the Town Hall, NYC,” which was recorded last year.

She explained she was in lockdown last year and was invited to perform for a virtual concert in Norfolk, VA. That led to returning to Town Hall in New York City for another virtual performance that re-created her 1964 album “The Judy Collins Concert.”

“It was very gratifying,” she said.

In May she returned to performing live.

Since her interest in music is eclectic, she explained, “The process for every new album is kind of a new challenge.” She used as an example her 2015 album “Strangers Again,” which featured a series of duets with performers including Michael McDonald, Jimmy Buffett, Don McLean, Jackson Browne and Jeff Bridges.

She explained she called each singer and spoke to them about what song would best for the two of them to perform.

Collins has already started to work on a new album.

Out of the pandemic has come another project She started a podcast titled “Since You’ve Asked.” Collins explained, “I was raised on radio.” Her father was a broadcaster who had a long career.

“[Journalist] Christiane Amanpour was interviewing me and asked ‘Why don’t you do that?’” Collins recalled. “ I love conversation with people. It was a natural.”

The program has featured guests that include Clive Davis, Arlo Guthrie, Jeff Daniels, Betty Buckley and Amanpour. She is releasing new episodes every two weeks. The podcast is available at https://since-youve-asked.simplecast.com.

Although her initial genre of music was folk, Collins has recorded pop and country tunes as well. Her hits have included “Someday Soon,” “Chelsea Morning,” “Amazing Grace,” among others. She has performed Stephen Sondheim show tunes to great acclaim. Her rendition of “Send in the Clowns” by Sondheim earned her a Grammy for “Song of the Year.”

She is still known by some as a folk performer and when asked if folk music is well in the 21st Century, Collins chuckled and said, “It depends if you watch a lot of PBS.”

Folk music has traditionally been linked to activism, something that has played a key role in her career. “My father was very outspoken on radio,” she said. “He taught us all to take action. Folk music is a vehicle for telling stories … people need to hear these stories.”

At age 82, Collins has seen many changes in music and recording technology, but for her one element remains the same. “It’s always changing isn’t it? At the center of it is a good song. It’s still about the song.”

Whether the delivery system is “a wire recorder or an eight track,” she explained, “It’s classically all the same.”