What I’m watching: a great new TV series on Netflix 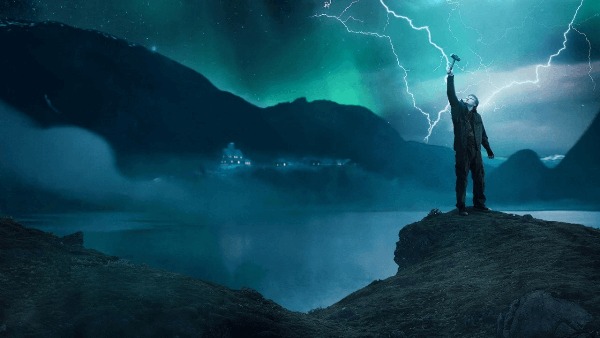 What I’m watching: a great new TV series on Netflix.

No this is not the Marvel Movie “Thor: Ragnarok”  – although that is a fun superhero movie.

This new six-episode series on Netflix is a Norwegian teen drama that apparently some people have compared to the “Twilight” saga.

Not having read the books or seen the movies, I can’t make that comparison other than many of the main characters are teenagers.

The series is based in the fictional town of Edda where the Jutul family – one of the richest in Norway – is dominant. Many of the residents work at their factory and the matriarch of the family works as the high school principal. The two teenagers of the Jutul family are the most popular kids in the school and the father is considered to the town’s benefactor.

Everything changes when Turid and her two sons Magne and Laurits, move back to the town. As they drive into the town, a man in a broken mechanized wheelchair blocks their way, Magne gets out of the car to assist him and an elderly woman touches his brow. In his eyes, lightening bolts appear.

Something is happening to him and he soon discovers he no longer needs glasses, and he has developed strength and speed he never had before.

His only friend in his new school is a young woman who makes YouTube videos about the climate change issues facing the town as well as the pollution that is killing the salmon.

We learn that in Norse mythology the gods represented order and their foes, the giants, were all about chaos. In their war, the gods disappeared and some giants remained.

We also learn who the Jutuls really are and what Magne has become. The struggles that ensue are the basis for the series’ drama.

The show is in Norwegian and is subtitled. I’m not sure if there is an option for a dubbed version, which I know is an issue with many viewers. The pacing is good and the performances are spot on. David Stakston underplays our hero Magne. He mixes the right combination of teenage angst with the confidence that comes from slowly realizing who he is becoming.

The limited special effects are well done and pack an impact. The entire production values are first rate.

The series ends with an open conclusion that would suggest there could be a second season. I hope so. Although the story is self-contained enough to be satisfying there is still plenty story potential left.