Chapter of local aviation history is being revisited 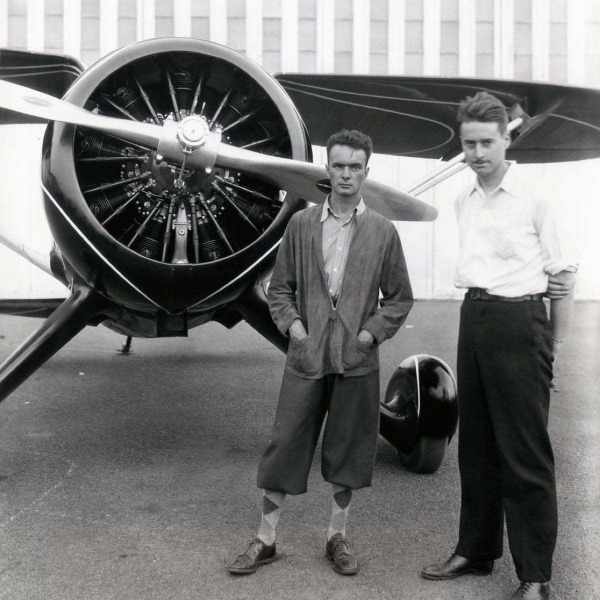 AGAWAM – A small but significant part of the town’s history is coming back to life thanks to the Bulldog Project.

In 1932, engineer Robert Hall, who had worked for the Granville brothers in developing the Gee Bee racing aircraft Model Z, dubbed “The City of Springfield.” He came to Bowles Airport in Agawam to work on his new design dubbed “The Bulldog.”

The plane would be designed for speed, as air races were popular ways of testing new aviation technology. According to aerofiles.com, the plane was “so named for the Yale University mascot, was sponsored by Marion Guggenheim with a stipulation that Russell Thaw be its pilot in the 1932 National Air Races. However, Thaw declined the honor: ‘The ship is not my idea of a racer!’ Designer Hall then took the controls and finished sixth at a speed of 215.5 mph – it was afterward speculated that its experimental Hamilton Standard prop prevented the Wasp from running at full power. Hall was so disappointed with its performance that he dismantled and scrapped the plane after that race.”

This short description doesn’t give justice to the effort to bring the plane into being and racing it successfully. In hand-written notes by Premo Galletti, who was a witness to the plane’s development in 1932, page after page notes the trial-and-error process used to come to a final design. Flat tires and brake problems prevented an easy first test. Design modifications to the plane’s fin were made to improve stability, but the recipient of the plan, Russell Thaw, felt it wasn’t worthy of being a racing craft.

Despite the disappointment of the Bulldog, Hall went on to a stellar career in aviation design. He was the chief engineer and lead test pilot at Grumman where he helped design and test a series of planes well known for their service in World War II, including the F-4F Wildcat, the F-6 Hellcat, the F-8F Bearcat and the F-7F Tigercat. He died in 1991.

Like Bowles Airport, now the site of the town’s industrial park, Hall’s “Bulldog” was just a part of history, until now.

A team lead by Jim Bourke of Corvallis, OR, is bringing Hall’s plane back to life. Bourke is an air show pilot and aerobatic competitor who is intrigued with the story behind the plane.

He spoke with Reminder Publishing.

What drew your team to do this project and how did you hear about this plane and its history?

“I first saw a drawing of the Hall Bulldog in the early ‘90s as I was researching for a new model plane project. I’ve always liked the looks of air racers from the 1930s because they have such attractive shapes with the largest possible engine up front and aggressive streamlining.  This is a period of aviation history where designers did not have computer modeling or even a lot of experience to rely on. Some of the designs they came up with are therefore, not optimal, but they used artistry to fill in the gaps of their scientific knowledge.  The Bulldog is a perfect example of this, it is one of the few truly original designs in aviation history, and one that has never been duplicated.

“What also attracted me to the story is the amazing story of the designer, Bob Hall.  I’m impressed with how creative he was.  This airplane was a failure from a racing perspective, but I think it was instrumental in his growth as an aircraft designer.

How are you financing this reconstruction and what challenges has the project presented?

“This project is financed by me personally through my air show company, Extreme Aerosports.  The goal is to finish the aircraft on its 90th birthday which will be on Aug. 15, 2022.  This project is extremely challenging for many reasons, including the lack of historical documentation, the various misleading rumors surrounding the aircraft, and our awareness of the very real risks involved that we must mitigate as much as possible.  This is an aircraft that only existed for a few weeks and went through many necessary design changes during that short period.”

Is your intent to fly the plan to air shows?

“Yes, that is the exact intent.  This airplane will fly again.  We will prove that with a proper engine and with more time for refinement that this aircraft could have been a successful racer.”

Hall was clearly an important designer. What do you think is his legacy?

“Bob Hall’s designs are both functional and graceful.  To me, Bob represents a great American thinker as well as a fighter.  He is the ultimate example of an engineer pilot: he test-flew his own designs.  If his place in history wasn’t already cemented during the Golden Age of Air Racing, he would be famous in aviation circles as a designer of some of the most prominent aircraft of WWII and the years following.”

To find out more about the project, go to www.hallbulldog.com.