How do you feel about pick-up lines? 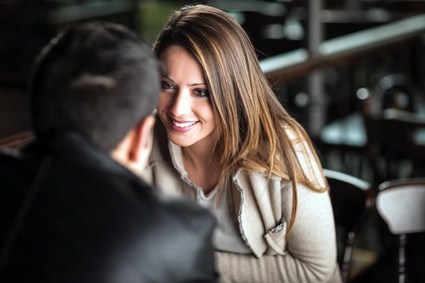 In the era of the “Me, too” movement during which people have become more conscious of the prevalence of sexual harassment and abuse, The Reminder News Staff wondered if pick-up lines, those time-honored efforts to instantly break the ice when attempting to meet new person, were still acceptable.

Are they a form of harassment or are they still seen as an acceptable part of the dating ritual?

To get an answer we turned to the wisdom of Internet and asked that question to the members of several groups on Facebook, as well as set up a poll.

The results to the question,  “How do you feel about pick-up lines?” were as follows:

• Twenty-nine people said, “It depends on the line and the guy.” Further explanation: women agreed that the line can be considered funny or acceptable if the guy is not creepy or pushy. If it is an aggressive pick up line, or one that is sexually charged, the general consensus was that those are unacceptable.

Some women offered their reactions as well:

• “It really depends on the pick up line. There are some I’ve gotten and they’re so funny and I chuckle. Other times they’re sexually aggressive pick up lines and I’m like no? Bye!” - Ana V.

• “Mostly they’re annoying. Just be normal and strike up a conversation with me.” - Jenn P.

• “When it’s a really good one I’ll laugh, but I’d rather talk to someone who’s interested in talking to me instead of interested in picking me up. Guys who use pick up lines usually come off as someone looking for something temporary. A guy who actually comes up and starts talking to a girl seems more like he’d want something long term.” - Kathryn K.

• “It depends, it can be creepy but if they’re really bad puns or something like that, which is how my boyfriend got me, then I think it’s funny. But it’s easy to cross the line.” - Mary L.

• “A compliment/asking me out goes a long way. Pick up lines feel cheap, like I’m being hit on and I hate that feeling.” - Meagan P.

•  “They are funny but they don’t work unless that boy is really something special.” - Caroline H.

We then asked the respondents to share memorable lines:

• “I would fight a pack of bengal tigers while wearing Lady Gaga’s meat dress just to go on a date with you.” - Ariana S.

• “Hands down my favorite one was delivered to me at a frat party in college. He was in a Hawaiian shirt, comes up to me and says, ‘How much does a polar bear weigh?  Enough to break the ice!’ I'll never forget it, and if I had been single, it may have worked.” - Anna P.

• “How is it that I know so many digits of Pi, yet I know zero digits of your phone number?” - Jamie E.

• “Are you my appendix because this feeling you’re giving me in my stomach makes me want to take you out.” - Emma K.

• “My mom is a police officer and they have the jail attached to the police station. One time I was at the station with her and one of the inmates was outside with guards and he said, ‘Hey sweet thang, I’m getting outta here on Thursday. How ‘bout you pick me up and I take you somewhere nice then we can go back to my place.’ Then he licked his lips.” - Chelsee J.

• “I was a shift supervisor at Pizza hut in college and this rowdy group of military guys came in to order. I was in the kitchen and the girl on the register needed help with something so I walked up and this guy lost his mind and acted like I was a VS model or something, which I am far from. He made this big scene and fell back against the wall, which I was completely oblivious to, I just thought they were being obnoxious. So I helped the cashier and then walked away and next thing I know he’s leaning over the counter frantically yelling, ‘Ay! Ay! Pizza Hut shawty! Come back!’ The cashier whispered, ‘Her name is Kim.’ He said, ‘No, she is my Pizza Hut shawty! Come back! 'Imma buy you a Pepsi! Where yo Pepsi machine at?’ From then on my crew called me ‘Pizza Hut Shawty.’” - Kim B.

• “If you were a pirate what shoulder would you put your parrot on? This one, or this one?” And he put his arms around my body.” -Alyssa D.

What do you think? Give us your opinion on the best – or worst –  line you’ve heard. Email us at news@thereminder.com.