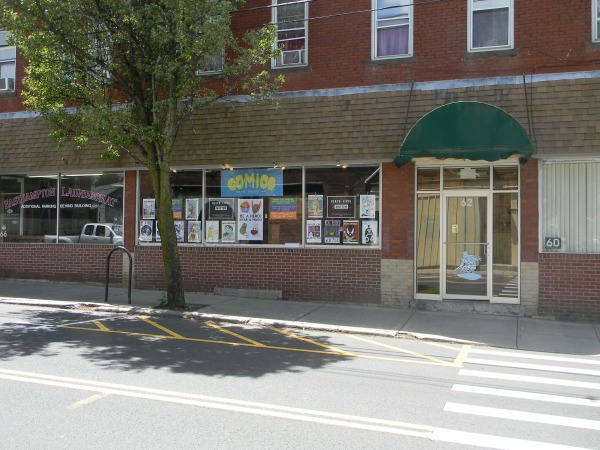 GREATER SPRINGFIELD – Are you eager to go back to some of your favorite retailers? You can, but only if you buy items by phone or website and then pick them up curbside.

Non-essential retail businesses that were closed by the governor’s response to the pandemic have been allowed to reopen, only under multiple restrictions.

Kate Gourde, the owner of Coopers located on Main Street in Agawam, told Reminder Publishing the partial opening has been “difficult.” The pandemic and the closings of stores have “forced people to adapt,” she said.

The shop sells fashions, and gift items. Gourde is a second-generation retailer.

She noted her store had a “virtual” Trunk Show featuring the Scouts handbags and it was a success.

“It was absolutely awesome,” she said of the results. She also saw a bump up in online sales because of Mothers’ Day.

Still she had to lay off employees and become a one-person staff for these business activities.

Right now, a retailer can open for business as long as they do not allow customers in the store and provide the products bought through a no-contact curbside delivery.

“It feels very unfair,” she said. She cited that retailers have had this partial opening while barbers and hair salons have been allowed to reopen in a much more normal way.

Gourde, like other retailers in the area, is planning to make the necessary adjustments to their stores to accommodate the next level of opening.

In her case, she has already organized a line for checkout that fits the model of social distancing, has planned for displays to be placed apart and will have sneeze guards in placed at the cashier’s station.

Gourde is preparing to follow the state guidelines, as well as those established by the town of Agawam.

She will also have masks for sale, which she said is an increasing business for shops such as hers. She is sourcing masks that are made in this country.

Despite the new regulations and business climate, Gourde remains optimistic. “one way or another we will all figure out a way forward.”

Gourde said she and many retailers have relied on advice from the Retailers Association of Massachusetts as she said there has been some confusion when the next phase will be allowed.

Julie Copoulos, president of the Chicopee Chamber of Commerce, said, “The confusion I have heard stems from large retailers opening to the public with limited regulations and small retailers having to provide an additional service, one that inhibits the intimacy of the retail experience and puts more strain on staff.”

“All of this is predicated on public health data, trends that everyone wants to see,” he added.

The issue of reopening is complicated by the type of business. Christian Reader is the owner of Comics ‘n’ More in Easthampton. He explained a comic book shop is like a bookstore in terms of the customer experience: people like to browse.

Reader closed his downtown shop on Cottage Street before the governor’s orders and continued servicing regular customers who have subscriptions for titles through his store. He was then ordered by the Easthampton Board of Health that he couldn’t operate this contact-free service from his shop, and was forced to move the operation into his home.

He is grateful his subscription customers – between 350 and 400 people – stuck with him through this period.

He added he implemented the rules to prevent the spread of the virus – masks and sanitizers – early on as well as curbside fulfillment which he said was “demanding physically and very difficult to keep up.”

Now, he is planning to how to change the layout of the store to meet the demands of the next reopening phase.

The relationship established between small, owner-operated retailers and their customers is something that has sustained shop owners during the shutdown.

Reader said, “I’ve been touched by the great deal of generosity [from his customers].”