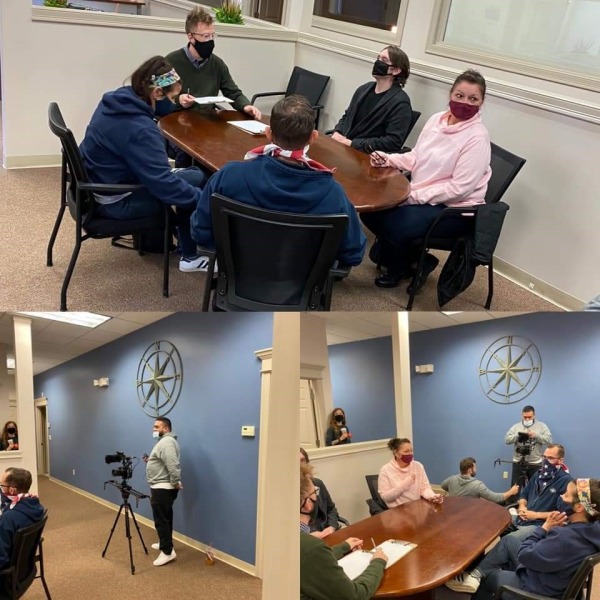 Compass Recovery in Agawam is offering help to people who continue to struggle with mental health and addiction.
Reminder Publishing submitted photo

Compass Recovery, which is located on 975a Springfield St. in Feeding Hills, offers help to people in Western Massachusetts who struggle with mental health and addiction.

In an informational video featured on the center’s website, Dino Bedinelli, the executive director at the center, stated a recovery center was necessary in the area because Western Massachusetts had nothing of this stature prior to Compass’ opening.

The facility is currently being operated by Bedinelli and Clinical Director Antonia Santiago. Both worked together in another agency for two years before committing to this project. According to Bedinelli, the two were supposed to have a meeting about this in March, but COVID-19 pushed Compass’ progress to the side. By the end of July though, a few incidents lead to the continuation of this project.

“The facility that we worked in before just wasn’t a therapeutic environment for our clients,” said Santiago. “The way we approach therapy and recovery is so different than other facilities. We are people first; we are not business first.”

Santiago and Bedinelli wanted to create a facility that was “person-centered,” but also operated and conducted by people who are actually from the Western Mass. area.

“Dino and I were born and raised here in Western Mass.,” said Santiago. “So we understand the community, and we have our finger to the pulse here.”

When it came to the facility itself, Bedinelli said that he and Santiago found Springfield Street in Agawam to be the perfect location for the recovery center. According to Santiago, the location is also very accessible to Western Mass. residents, especially since it is featured off of the highway.

The facility also works with contracted workers and counselors who come in and supplement programs with Bedinelli and Santiago. Those programs are used to assist in the recovery process for their clients.

“It’s always going to be intimate,” said Santiago, with regard to how Compass Recovery approaches those in need of help. “It’s never going to be more than 15 people in a group, because we want to make sure we know our clients’ names, and we’re continuing to stay in-tune with their needs.”

“When you take out a substance or a bad habit from your life, you have to replace it with something positive,” said Santiago.

When discussing the importance of opening this center during COVID-19, Bedinelli emphasized how the mental, emotional, and physical isolation from substance abuse can often run parallel to the isolation one feels due to COVID.

“The opposite of recovery is isolation,” said Bedinelli. “It gives people an opportunity now, instead of being isolated in their homes, to reach out and be able to have a community of people who are like-minded, which is what really helps people recover.”

To combat this isolation, Bedinelli and Santiago offer services either in-person or through virtual programs. According to Bedinelli, it is crucial to maintain a sense of community in any way possible for those who struggle with addiction and mental health.

The United States has a substantial prison population that is strongly connected to drug-related offenses, according to the National Institute on Drug Abuse. While the exact rates of prisoners with substance use disorders (SUD) are difficult to measure, the institute’s research shows that an estimated 65 percent of the U.S. prison population has an active SUD. Another 20 percent did not reach the criteria for an SUD, but were under the influence of drugs or alcohol at the time of their crime.

In addition, according to a MassBudget report from 2016, Massachusetts is one of those states who, despite passing some reforms when it comes to the reduction of incarcerations, doesn’t offer much counseling and substance abuse treatment for prisoners with SUDs.

With this in mind, Bedinelli and Santiago hope to offer empathetic assistance before it is too late for people who struggle with addiction.

“We can be a preventive kind of treatment, rather than treating the problem when it is too late,” said Bedinelli. “We want to be able to offer services to everybody, so that before it becomes an issue that leads to incarceration, we can help that.”

For those who struggle with addiction or mental health, Bedinelli and Santiago encourage people to contact them by phone at 861-0680 or email at contact@compassrecoverytreatment.com.

“If we can’t personally serve you for whatever reason, we will at least get you hooked up with services that can,” said Bedinelli.