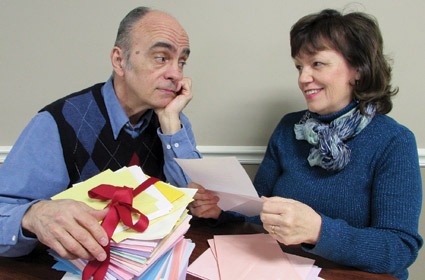 AGAWAM – The Agawam Cultural Council has started its fundraising campaign for the 15th season of its Applause Series.

On the first Friday of every month, the one-hour community events are open to the public and can range from musician performances, theatrical plays, interactive art teachings and much more. Entertainers like Caribbean music artist Jose Gonzalez and classical guitarist Scott Sanchez performed for the Series in September and October.

The Series is run by the Agawam Cultural Council (ACC), an all-volunteer group and partner of the Massachusetts Cultural Council, and provides opportunities for the community to come together to watch local talent. The events are part of the ACC’s larger mission to bring engaging, entertaining and educational events in the arts, humanities and sciences to residents from Agawam and surrounding communities.

“As the Cultural Council, we’re committed to bringing the arts to the community,” said Treasurer of the Agawam Cultural Council Donna Fitzgerald. “I think the Series is important because the community gets to be entertained but they also get to learn something – whether it’s a musical, or a little play, or if we have one of our local historians giving a talk. It’s not only entertaining, but it’s also enlightening.”

Free to the public, the Applause events are hosted at the Agawam Senior Center – the Series had recently outgrown its previous venue at the Agawam Public Library. Fitzgerald said the Council pays for the entertainers, but the organization accepts free will donations at the end of each event.

The Council also relies on donations from its Community Partners, said the Treasurer, namely local businesses, medical groups, elected officials and the general public. A contributor can become a Community Partner for a minimum donation of $25, and any contributions qualify as tax-deductible donations.

The ACC recently started its fundraising campaign for its 15th season, which will begin in Sept. 2018. Up-and-coming fundraising events will be posted onto its website.

A majority of the Series entertainers are local, said Fitzgerald.

“Most of our members are very diverse, ” she said. “It’s amazing how much local talent we have. I can’t say I’ve had a favorite performer because everything has been fantastic and the audience interaction is just great. They always want to ask questions at the end of the night.”

The next Applause event in  the current season will be on Feb. 2 at 7 p.m., where award-winning stage actors and directors Margie Secora and Lyle Pearsons will perform the A.R. Gurney play, “Love Letters.”

During the performance, Pearsons and Secora will portray childhood friends who, during a lifetime of correspondence, share cards, notes and letters revealing the hopes, dreams, successes and disappointments that have bonded them “romantically.”

“It’s very popular, especially among community theaters and semi-pro theaters throughout the country,” said Pearsons. “It’s the simplicity – it requires a desk and two chairs. There’s no background, no special effects and the actors have the luxury of not having to learn lines.”

The actors literally read from the letters, said Pearsons. Though they remain physically apart throughout the play, they are spiritually close he said.

Pearsons, who runs the Red Door Theatre with Secora in Feeding Hills, said his favorite part of the performance is working with his partner.

“She’s [Secora] a wonderful actress and she’s just so much fun to play against and we have a connection with this play – it just makes it very genuine to the audience when they see it,” he said. “Other than that, in spite of the simplicity, the emotional content really comes through because you become very attached to these people – their life stories are written I these notes and letters and you go through their lives together with them. It’s a very unusual play, but it’s very powerful.”

The drama was a Pulitzer Prize finalist.

To make a contribution to the Council, Fitzgerald said the best way is to provide the following: the name that will appear in the Community Partner list, contact information including email address and phone number, and a check made out to the Agawam Cultural Council.  Interested donors can then mail that information to: Agawam Cultural Council, Agawam Town Hall, 36 Main Street, Agawam, MA 01001. To receive an actual donation form, contact Bob Kadis, Chair, ACC, at r.kadis@comcast.net or via phone at 413-789-4814. The form contains a list of the events which can be sponsored and the sponsor fees for each event, said Fitzgerald.

Additional information about the series and upcoming fundraising events is available on the ACC website at www.agawamcc.org.