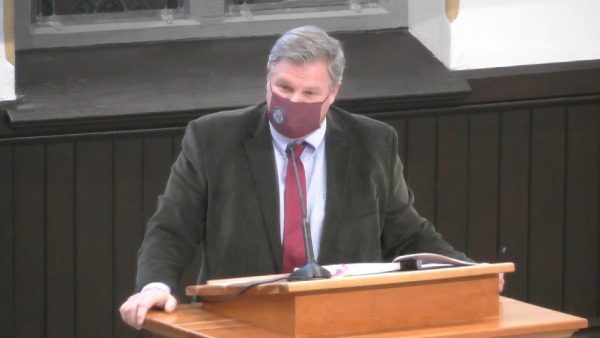 Mayor John Vieau presented the item during his mayor’s briefing, explaining that the program will provide Agilent a Tax Increment Financing (TIF) agreement with the city. “The mission is to stimulate economic development and support quality job growth,” said Vieau.

The mayor explained the agreement will serve as means to supplement the city’s declining workforce. According to the Division of Local Services’ (DLS) figures, the 26,346 current members of the work force in Chicopee represent a decline from the city’s peak of 28,943 in 2018. The decreasing workforce ties in with the city’s rising unemployment rate, with the state’s DLS department calculating a 2020 rate of 7.94 percent – which nearly doubles 2019’s 3.88 percent rate.

“Chicopee opted in to the EDIP program with the goal of creating living-wage job opportunities for residents and the region. This is more important than ever as we see an overall decline in the work force numbers,” said Vieau.

Vieau highlighted the timeline behind the Agilent agreement, sharing that the city received notification from the state in November about Agilent’s interest in securing another site across the state via an EDIP. The city then met with Agilent in a productive meeting between the two parties. “From our first meeting, it was clear that Agilent had prioritized that they wanted to purchase here in the City of Chicopee,” said Vieau.

Agilent, which has an existing presence in Chicopee as a renter of 300 Griffith Rd. with 86 employees, sought after a new site to expand their manufacturing of high-end plastics, according to Vieau. The new manufacturing location will be located at 711 E. Main St. and is a part of the company’s efforts to relocate production from China to the United States. Vieau said Agilent’s investment will create 40 living wage jobs and increase the property’s value by $6 million, with the company’s new investment generating $33 million for the city.

According to their website, Agilent specializes in life sciences, diagnostics and applied chemical markets. The company provides laboratories worldwide with instruments, services, consumables, applications and expertise, enabling customers to gain the insights they seek across the food, environmental, diagnostic, pharmaceutical, energy and research sectors.

The mayor said he worked alongside Administrator of Community Development Kathleen Lingenberg, Assessor Laura McCarthy, Treasure Marie Laflamme, Planning Director Lee Pouliot and councilors James Tillotson and Fred Krampits to review the TIF. The agreed TIF offers a tiered tax forgiveness over 15 years to Agilent, but the reduction is strictly tied to property tax value increases once the property is operational, according to Vieau.

“Agilent proposes to make physical improvements in the next four to five years. Upon completion of those improvements, the city will begin to collect additional tax revenue,” said Vieau.

Tillotson praised the TIF and its ability to relocate international production stateside. “I think this is one of the better TIFs we’ve had in recently. We’re getting 100 percent for the purchase of the property and the TIF won’t begin until they start adding on the addition. The jobs they are creating are pretty good jobs…we need more manufacturing in this city and in this country,” said Tillotson.

Krampits echoed his peer’s support, citing the additional tax revenue from the building’s assessed value as a good deal for the city.
The council approved the order in a unanimous vote. They will meet again on Feb. 1.