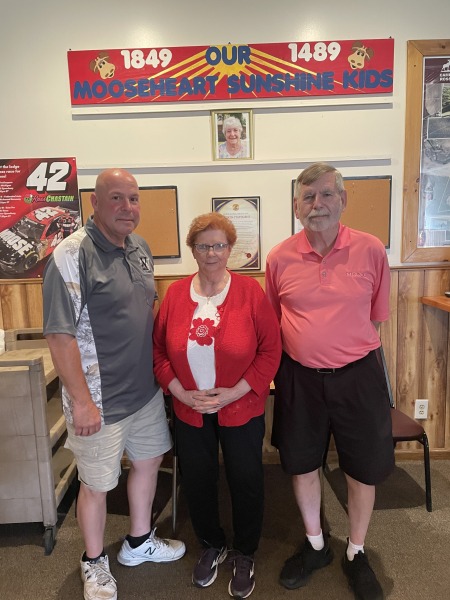 CHICOPEE – The Chicopee Loyal Order of The Moose, also known as the Chicopee Falls Moose Lodge, is back to hosting its usual events and seeing an increase in membership after a COVID-19 slump.

According to Administrator Bob Hupfer, the Moose Lodge lost over $60,000 in revenue in 2020 due to the pandemic. They closed in March 2020 and were only able to reopen in November.

When they did reopen, there were still strict COVID-19 precautions in place until Gov. Charlie Baker lifted them in May.

“Once the governor allowed us to open up, we opened up and hit the ground running and we’re still running,” said Hupfer.

There are over 1,500 Moose Lodges across the country and 18 in Massachusetts. The Chicopee Falls Lodge is the largest in New England.

These fraternal organizations give members an opportunity to socialize, raise funds and give back to the community. The Chicopee Falls Moose Lodge works to support Lorraine’s Soup Kitchen, Breathe Free and Ride Hard for Cystic Fibrosis, Westover, Sunshine Village, Mooseheart, Moosehaven and more.

“We support the veterans in the area, we do a lot with the Holyoke Soldiers Home, the VA up in Leeds, Northampton, Shriners Hospital and many different things,” said Hupfer.

The Chicopee Falls Moose Lodge has 1,483 members which includes both men and women.

After a hard year, the Moose Lodge has begun hosting their weekly car shows, bingo, karaoke, games and fundraising dinners again. Some events are Moose Lodge member exclusive where others, such as bingo and the car shows, are open to the public.

On Sept. 11, the Moose Lodge will be hosting a fundraiser in honor of fallen police officer Angela Santiago. Half of the proceeds will be donated to the Chicopee Boys and Girls Club and the other half to Moose Charities. According to Canty, there will be a comedian, art show, band and more.

Every year the Chicopee Falls Moose Lodge also hosts a free Thanksgiving dinner for seniors in the community. They were unable to have it during COVID-19, but are hoping to bring it back this year.

“We missed doing that kind of stuff during COVID-19. Because if you’re used to getting involved in stuff and then all of a sudden you can’t, it’s tough,” said Canty.

Membership is also up in 2021 after the pandemic. Hupfer said that they have members at the Chicopee Moose Lodge from all across Western Massachusetts and even Connecticut. Once someone becomes a member of the Loyal Order of the Moose, they can visit any Moose Lodge in the world.

“Usually people come here and want to be members because they want to do something that’s larger than themselves, so we get a lot of high quality people here,” said Canty.

Canty even called the Chicopee Moose Lodge the “best kept secret in Chicopee.”

He said that many people don’t realize where they are or that they exist, but when they’re able to stop by or join they’re blown away by their community involvement and lifelong friendships.

Those interested in learning more about the Chicopee Falls Moose Lodge are encouraged to visit https://www.mooseintl.org/location/1849-chicopee-falls/.