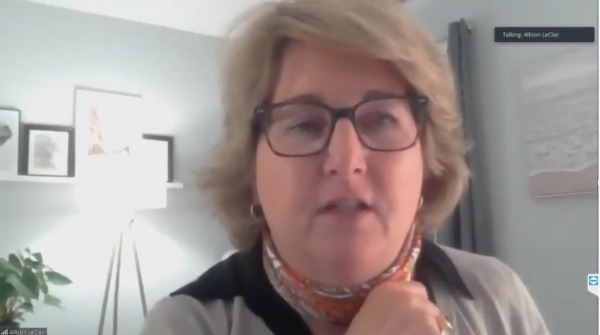 EASTHAMPTON – Easthampton Public Schools will welcome a limited number of students back to classrooms this month.

After weeks of encouraging COVID-19 data, the district will begin in-person instruction on Oct. 19 for students identified as those in “special populations” at Easthampton High School, which was deemed safe for limited occupancy.

Special populations that will return on Oct. 19 include preschool students and those with disabilities that require substantially separate programs such as Rise, SOAR, LEAP, DLC and BEST. Shortly after the reintroduction of the special populations, some kindergarten students will also begin in-person learning, in addition to Level 1 and 2 English language learners. The current timeline states those students would begin class at the high school on Oct. 26.

While delayed somewhat, the move essentially follows Easthampton Public Schools’ initial reopening strategy to start the school year completely remotely and of reassessing public health data in late September before moving forward with its “remote plus” phase on Oct. 13. Center Pepin Elementary parent and Springfield College Epidemiologist Megan Ward Harvey assisted with the assessment at the  School Committee’s Sept. 23 meeting and Superintendent Dr. Allison LeClair announced the move to the next phase publicly on Sept. 30.

LeClair stated during the School Committee’s Oct. 6 meeting that she hoped to also be able to return first grade students to classrooms in November if the positive health data trends in Easthampton continued.

LeClair explained the original plan was to return the special populations to their own schools, but due to concerns about the occupancy of other schools in the district, moving them to the high school was necessary. Along with that, however, come “extra pieces” including moving furniture in and out of classrooms, rerouting buses, and staff acclimation, she said.

LeClair also warned that in all grade levels as classes return to in-person learning, some students may be reassigned to new teachers. “When you start in fully remote and bring teachers back at a later time, it is going to cause you to reassign some students. We would only avoid that if we started in a hybrid model in the beginning of the school year,” she said.

Preschool will operate with one teacher working remotely and the other providing in-person instruction in a co-teaching model, LeClair said. The schedule for preschool and the Rise program for preschool special populations will be half days Monday through Thursday. All students will leave the school with a lunch to take home. Friday will be a deep cleaning day as well as an evaluation period for staff; students will learn remotely that day. The Rise program only has one teacher, so a paraprofessional will be assisting students learning remotely.

Normally full-day programs, the SOAR and LEAP programs for autism and behavioral issues at the elementary level conduct half-day in-person instruction to start. Students will be in the classroom on Monday, Tuesday, Thursday and Friday from 8:45 to 11:10 a.m., leave school with a lunch and participate in remote classes in the afternoon. All students take part in remote learning on Wednesdays to allow for cleaning. Students in those programs will work with their regular teacher with a paraprofessional for support.

Similarly, at the middle school level, the DLC, BEST and AIM programs will also participate in half-day in-person learning Monday, Tuesday, Thursday and Friday from 8:15 to 11:30 a.m. with a lunch to bring home and remote learning in the afternoon. Full-day remote learning will occur on Wednesdays.

English language learners will have a half-day in-person schedule following their grade levels’ regular start times. Those students will also receive lunch before returning home for remote lessons in the afternoon. “We would make it a goal or a priority to get these students in particular in for longer days if we could. They are students who will not tire as easily as some of our special populations students will and they can probably handle the rigor of being in school full-day.”

Kindergarten would return in a two-cohort model within the six kindergarten classes – four at Center Pepin Elementary and two at Maple Elementary. LeClair said a survey for kindergarten families to determine interest in in-person instruction may result in some students being reassigned. LeClair estimated 75 percent of families could opt for a return to the classroom.

Cohort A would participate in full-day in-person classes on Mondays and Tuesdays while cohort B would be in the classroom on Thursdays and Fridays. All students will take part in remote learning on Wednesdays. Students will receive a bag lunch that will be eaten in tents outside for as long as possible.

LeClair also said she hoped to institute a remote learning center by the end of October. The center would offer students the opportunity to receive support and supervision from school staff while engaging in remote learning. Space in this center could be limited to 15 to 20 students due to physical distancing standards. The high school’s library media center is being considered as a site for this program. The school committee asked for more clarification and information before voting to approve a remote learning center in the high school.

LeClair told the committee if health data remained strong, her goal was to have in-person learning available to first graders by November.

Earlier in the meeting, Marin Goldstein, chair of the School Committee’s Finance Subcommittee, issued a report on the school buildings that explained why the high school was being used in lieu of other school buildings.

With concerns about the safety and air quality controls in the buildings, the district contracted Colliers International to conduct an initial review of the school buildings. Their initial executive summary, he said, showed the high school was in the best condition.

“In general, as we sort of expected, our high school is in very good shape at this point, the review of White Brook came also back positive but there’s definitely more things that need to be reviewed there so I think more data is needed before we can see if White Brook is in a situation as positive or negative in terms of the building’s status. The primary reason both of those buildings are coming back so positive is they have air handlers that are bringing in fresh air,” he said.

While school buildings are exempted from current capacity limitations, the high school will still be well below those levels with the introduction of special populations and kindergarten students, Goldstein and LeClair pointed out. LeClair said the building’s occupancy is 500 students and approximately 100 students total would occupy five classrooms on one floor and five on another.

The elementary schools do not currently have the same kind of air exchange units available in the high school and middle school, Goldstein said, adding the older buildings have “a lot more questions” regarding the level of air exchange that could occur through fans and windows. Another option other than air exchange for those buildings is sterilizing or “scrubbing” the air to remove droplets before releasing back into the school. The next step is to have experts conduct further tests.

“We’re also continuing to seek advice from the state as well as our teachers’ union to be able to understand what level of air exchange is needed to keep our students and teachers safe. But I think the key is that’s also looking at when we’re closer to full capacity or closer to full capacity,” Goldstein said.

Director of Business Services Dayle Doiron also indicated that Colliers noted that given the age of the buildings, equipment was in good repair and running as well as it can. “They expected to find bigger problems with what already existed in the buildings than they did, so I think that was encouraging as well,” she said.

Mayor Nicole LaChapelle questioned if Colliers’ process would mirror the review process instituted by the city to determine their safety prior to reopening. Doiron responded, “Knowing the city was moving ahead in pursuing a contract for looking at the heating systems and ventilation systems in the building, we actually met a couple of times with the Honeywell representative that was serving as an advisor in the process with the city. He indicated to us that the work that Colliers would do – because we didn’t want to duplicate efforts – would form their work. I think what they would do is not repeat it, but use the Colliers work to inform how they proceeded with their contract.”

When asked by the mayor if phase two would have to be put out to bid, Doiron explained the state, acknowledging the short timeframes available to complete the work, had developed a list of approved vendors so districts would not have to go through procurement processes and Colliers was among the firms on the list.

LaChapelle expressed concerns with the process and standards instituted by the Department of Elementary and Secondary Education (DESE) with regard to the reopening of schools, stating, “I think there’s a larger conversation to have around if the work done that is defined by DESE is really going to meet the city and, quite honestly, OSHA standards and I have some concerns about what I’m seeing over DESE, but I am very interested in seeing what Colliers has already done.”

She later added, “DESE has their nose in public health issues and the exemptions they are granting for buildings that are no different than any other buildings are extremely concerning to me. I desperately want kids back in school. I want in-person learning. However, I am really, really concerned that we are talking out of two sides of our mouth as a society where people can or cannot go and then all of a sudden, there’s an exception for schools … I’m not understanding why school buildings in general across the commonwealth have separate standards, especially with what we’re seeing in New York City and other places.”

LeClair suggested as a member of the reopening committee that she should ask that question. LaChapelle said she had and she believed that is why she was not placed on the Educational Advisory Board.