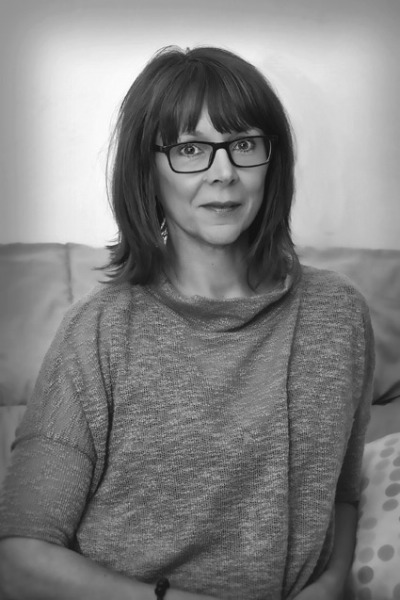 Volker, who has previously published adult books and has a background in theater, told Reminder Publications the protagonist of her book series is Moya Fairwell, a 13-year-old “knower” – an individual tied to magic and responsible with ensuring a balance between the forces of good and evil.

“There’s some painful puns, fun wordplay, mythology, adventure, strange creatures, and of course – magic,” Volker explained. “But it’s more than that. It’s about not fitting in, being different, getting picked on, but learning that what makes you different is what gives you power. What makes you unique is what brings magic into the world. And if you embrace that, the right people will come into your life. For Moya, that all just happens to revolve around magic and prophecies.”

“The Thirteenth Moon” is inspired by fantasy books and series, including “Harry Potter,” “Alice in Wonderland” and “The Phantom Tollbooth,” Volker said.

Volker described Moya as an oddball teenager who wears combat boots all the time and isn’t afraid to share her opinion.

The story of the book is one of a hero’s journey with Moya visiting the fantasy world of Rimorr, which Volker described as one half of the universe, the other half being our world.

“It has to do with the balance of good and evil in the world and Rimorr’s existence matters in that balance,” she explained. “And so for Moya, she discovers that she is part of this lineage that participates in maintaining that balance. The mythology is that every 200 years the energy of evil, it’s always there, but over a 200 year cycle it sort of reaches its peak and threatens to take control. So, one of these knowers needs to travel to Rimorr, where this seems to originate from and go through a battle of six world evils.”

She added each world evil has a different appearance and represents a deadly sin.

Volker said Rimorr is a living organism with mountains and forests and is inspired by Baltic and Norse mythology. She also described the world as dark and whimsical.

“The rocks move; things have life that shouldn’t have life,” she added. “What’s different from Harry Potter, which is strictly magic, is there is a mythology here. The goddesses and their names are from Baltic mythology and the concept of Gaia and a living world are all in there.”

Moya is aided along her journey by her friend Fritz Aldersflugel, Volker said.

“She ends up traveling with this quirky weird neighbor who moved in across the street named Fritz who’s weird in his own right even physically,” she explained. “He clearly doesn’t fit in. They’re both 13 and [Moya] mistakes him for being several years younger. He’s got curly hair that’s pale – it’s so pale it’s almost white … But he discovers that he has his own destiny that’s connected with hers.”

Some of the magical creatures featured in the book include grembats, chubby little impish bat-like creatures the size of puppies, and Rimorr’s own version of elves.

Volker said she just completed the first draft of the book’s sequel, which she hopes to publish in the summer of 2017. She described the tone of the second novel as darker compared to the lighthearted and comic atmospheres that can be found in the first book.

She said she believes Moya’s character arc could be told in three books, but doesn’t discount more books being written in the future.

“There’s other characters even that have potential stories,” she noted.