Thinking about being tested for coronavirus? Here’s one reporter’s firsthand experience 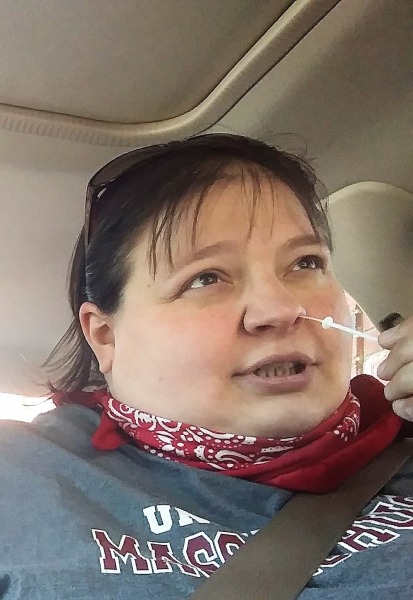 GREATER SPRINGFIELD – Gov. Charlie Baker recently announced two days of pop-up COVID-19 testing and 52 sites around the state for those people who have recently attended large gatherings, such as the Black Lives Matter protests that have occurred in many communities.

As a journalist, I have also attended these marches and rallies to cover the events. Although I always wear a mask in public and have been diligent about distancing and hand washing, I chose to get tested. The reason behind this decision was partly to share the experience with our Reminder Publishing readers, but also as a level of precaution for my loved ones, colleagues and the public.

After looking up a location on mass.gov/gettested, I made an appointment at a CVS on June 17, the first of the two consecutive testing days. While there were many hospitals and healthcare centers on the site, I wanted to limit my interaction with others and felt a smaller setting was best. I made the appointment online by going to www.cvs.com/minuteclinic/covid-19-testing.

The sign up was easy. By entering my ZIP code I was able to find an available location and time slot. I answered some quick questions about symptoms and risk factors, which for me includes diabetes.

You are asked about a doctor’s referral or if you’ve been selected by your state government to be screened, which I had been due to the governor’s initiative. After a phone confirmation, you’re ready for your appointment.

Rather than testing in the store, CVS has developed a process in which patients queue up in the pharmacy’s drive-thru. This is where the efficiency of the process began to lag. Tests are scheduled at 10-minute windows and the test itself only takes about five minutes, but because pharmacy customers are picking up prescriptions in the same line, the progress slows significantly.

Thirty minutes after my scheduled appointment, I pulled up to the window. The pharmacy technician gave me instructions and passed me the self-swab testing kit, which included a prepackaged swab, a vial to put the swab in after use, a Hazmat bad and an alcohol wipe.

Once you open the sterile packaging on the swab, you insert the skinny end into your nostril until it stops. There is a safety bumper on the swab, so despite jokes with friends and coworkers about stabbing my brain and erasing my memory of seventh grade, there was no danger of that.

After insertion, I moved the swab around in a circle twice and held it against the wall of my nostril as instructed, then repeated the procedure on the other side.

I heard that being tested for COVID-19 was unpleasant or even painful, so I had prepared myself for the experience. In truth, it wasn’t that bad. Putting a foreign object far up my nose caused my eyes to water and I sneezed immediately after removing it. It felt a little like when you get water up your nose while swimming, except without the burning sensation.

When I was done, I unscrewed the cap on the vial, slid the swab in and snapped off the handle at the pre-marked notch. I screwed the cap back on the vial, dropped it into the provided Hazmat bag and inserted the whole thing into the collection box on the side of the building and wiped the box clean.

That was it. In two to four days my results would be available on CVS’s secure online portal.

Overall, the experience was easy, safe and secure. It was well worth the time and minimal inconvenience. I can only speak to my personal experience; for others, it may have differed greatly.

I’ve said right along with this virus that I’m less concerned about contracting it and more concerned about accidentally passing it to others. Being tested allows me to keep other people safe and I would definitely do it again if needed.

People can contact MCMyChartHelp@Health.com with questions and concerns regarding COVID-19 testing.