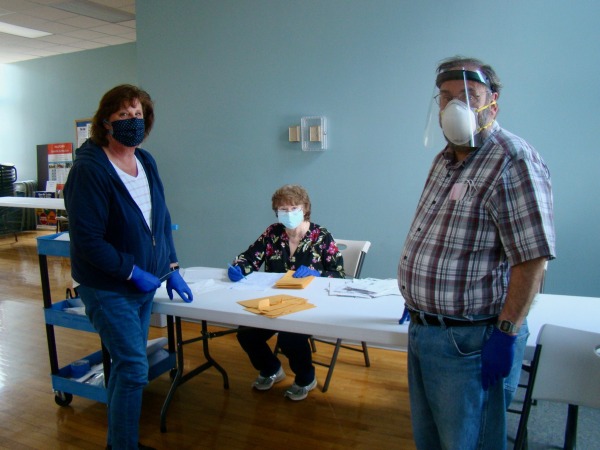 HUNTINGTON – More people voted by early and absentee ballot than showed up to vote in Huntington’s municipal election on May 15, which had a low overall turnout.

There were 53 early ballots and 21 absentee ballots turned in, while 58 residents voted at Town Hall, for a total count of 132.  “Actually not a low number here for a local election,” said Town Clerk Linda Hamlin.

There were no contested elections. Karon Hathaway was reelected for a three-year term on the Board of Selectmen and Roger Booth Jr. will serve for two years to fill the vacancy left by Darlene McVeigh, who moved out of town.  Hamlin was also elected for one year as town clerk.

Hamlin explained in her legal opinion that results were not official until they were confirmed by contacting the winners. As of press time, not all results were official, the clerk said.

According to Secretary of State Office’s Elections Division, results are official once they have been certified by the clerk. Part of the certification process is issuing certificates of election to the winners and swearing them in. Candidates for most offices can be sworn in as soon as the day after the election once the results are certified.

It was also announced on May 18 that the 2020 Town Meeting schedule was changed.