Huntington scientist in the middle of coronavirus battle 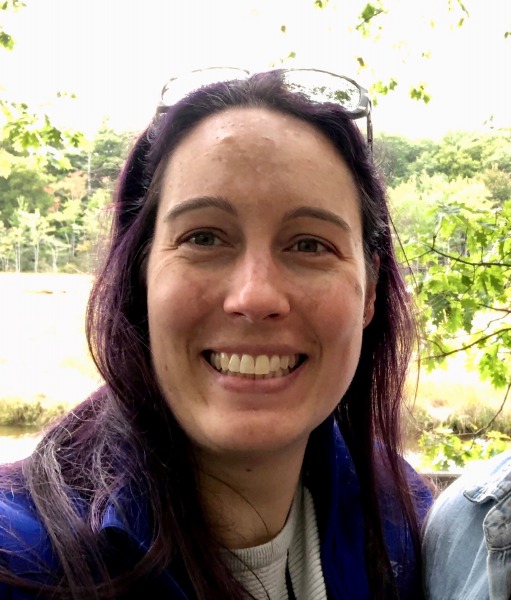 CHAPEL HILL, NC – Lisa Gralinski, PhD, has been doing coronavirus research since 2008. The 1998 Gateway Regional graduate is part of Dr. Ralph Baric’s epidemiology team in the Gillings School of Global Public Health in the University of North Carolina that developed remdesivir, the only treatment currently showing promise against the novel coronavirus outbreak.

Gralinski said remdesivir got emergency use authorization from the Food and Drug Administration on May 1.  “Something that we worked on here in the lab is going into people and having positive results. It’s not a magic bullet, but it gets people home from the hospital faster than they would be otherwise,” she said.

“It’s definitely been a very intense year.  We got the virus from the CDC from the first Washington State patient in early February, and grew it to have enough to work with. Since then, it’s been all hands on deck,” Gralinski said. She said other people in the lab were doing a lot of work in January based on the sequence from China, right before the sample became available.

Gralinski said because the lab has been working on coronaviruses for years, they were positioned to jump right in. They began testing the vaccines in mouse models, testing a lot of antivirals such as remdesivir, testing how the virus grows in the lungs, and using it to probe immune response and coagulation models. “We’re doing all of these,” she said.

“It’s always been fun and interesting, but now the general level of significance of what we’re doing, the pace of everything and the pressure is beyond what we could ever imagine,” Gralinski said about the research.

When asked about her journey from Gateway to the lab, Gralinski said she first became interested in scientific research at a summer science program in Smith College when she was in high school.   They were studying microbiology, doing basic bacteria work. “It was a lot of hands on lab work.  I really loved it,” she said.

She said before then, she knew she didn’t want to be a teacher or a doctor. “That led me to the possibility of doing research at an academic level,” Gralinski said. She attended Haverford College, which had a strong biology program, where viruses caught her attention, and eventually came to the University of North Carolina for post doctoral work after earning her PhD in microbiology and immunology from the University of Michigan. “You can never have too much training,” she said.

“My job is really all about the research. I write grants to do more research, and write papers summarizing our work to share with the rest of the world,” Gralinski said. She also presents at conferences and does some teaching which comes along with the job, although she admits, “I don’t actually like students that much.”  She prefers the day to day hands-on bench work.

Gralinski said she is not worried about working with the virus in the lab setting. “We are lucky, we were already trained to work at safety level 3, and the protocols were well established. With the new virus, we used all of our safety protocols,” she said, adding, “One of the safest places we could be is in the laboratory.”

When asked how she thinks the U.S. is dealing with the virus, Gralinski said, “We don’t have the resources available right now. I think we’re still really behind in our ability to test and ID cases, contacts, isolate people who are known to have the infection and stopping the spread.  Massachusetts has been hit harder, but has been able to throw more resources at the problem.”

As to reopening, she said where she is, North Carolina is in phase I of reopening, and the malls were set to open this week.  “I’m not too pleased with that.  There is a lot of political pressure to open up.  People are starting to go out to these places anyway,” she said, adding that she has no plans to go anywhere near the mall.

Gralinski said people are becoming less cautious.  Whereas before they said they would wait until the slope was going down for two weeks, looking at the number of cases everyday in North Carolina, it’s flat at 500. “No way it’s starting to go down.”

Gralinski said when someone becomes infected now, they are more likely to be identified as a patient, and they now have remdesivir as a treatment, whereas before it was almost exclusively palliative care. “A lot of communities still have a lot of spread happening.  It’s still definitely risky,” she said, adding, “It’s an unprecedented situation. Viruses spill over from animal reservoirs on a fairly frequent level, but usually don't have this type of result.”

When asked about the viability of the virus on surfaces, Gralinski said research from a well-known group out of Hong Kong showed it can last on paper for 24 hours, and on plastic and stainless steel for a number of days, although it doesn’t do well on clothing.  She said when her husband goes for the mail, he leaves it on the recycling bin in the garage for a day before he brings it into the house.

As for the conspiracy theories that are currently spreading faster than the virus, Gralinski expressed frustration. “Conspiracy theories have been really challenging for us. Engaging them would take away all the time from all of the work that needs to be done here. It’s not good for anyone’s sanity; but when we don’t engage in that, these crazy ideas go uncontested,” she said.

Gralinski also said so far studies have shown that the anti-malarial drug hydroxychloroquine has no effect, and one study has said it could cause heart damage.

Gralinski said although she hasn’t personally met Dr. Anthony Fauci, she has attended a couple of meetings where he’s spoken. “He is the best voice of reason speaking on a national scale,” she said.

Addressing the residents in her hometown of Huntington, Gralinski said, “Sit tight. This is a new virus, but we have a pretty decent foundation of knowledge.  We are learning so much so quickly, some time next year it’s likely we will have a vaccine.”

She said there are several candidates, and there’s a good chance they’ll have proof by the end of the year which vaccine works.  Then, factories will have to be built to manufacture it.

“Good luck to people who are dealing with this in their families, or have stress about income,  in this insane situation we’re facing,” she added,

Gralinski said her lab was in the right place at the right time to deal with the pandemic. After it’s all over she plans to take a nap.  “For a while, I was saying the month of March next year.  Now I say we should take the year off,” she said.

ourselves. I am very happy today that i do not listen to what people say if not i would have been a dead woman by

now. I was infected with HERPES SIMPLEX VIRUS in 2017, i went to many hospitals for cure but there was no solution,

so I was thinking how can I get a solution out so that my body can be okay. One day I was in the office thinking

where I can go to get a solution. so a lady walked to me asking me why am I so sad and i open up all to her telling

her my problem, she told me that she can help me out, she introduce me to a doctor who uses herbal medication to

cure HERPES SIMPLEX VIRUS, HIV, HPV and many more disease and she gave me his whatsapp number , so i chatted with

him. He told me all the things I needed to do and sent me the herbal medicine through courier delivering service

and also gave me instructions to take the herbal medicine, which I followed properly. Before I knew what was

happening after 2 weeks the HERPES SIMPLEX VIRUS that was in my body got vanished and blisters dried off . I went

to the hospital for a test and it was negative. This man is real and he is the solution to herpes virus. so if you

him:DR.MACAULAYHERALHOME@YAHOO. according to this great DR, Dr MACAULAY he can also cure HIV, ALS,CANCER, COLD

Hello am Janet Lopz from USA, i just want to say a very big thanks to Dr Macaulay for saving my soul from dieing of Herpes Virus,i have being suffering  from this Herpes Virus for two years now, i saw Dr Macaulay email address on a comment of someone who he has helped i was so encourage with the testimony been shared, i took the man email address and also contacted him for help he replied me and ask for some of my details which i provided and also ask for some useful Materials Needed for the herbal herbs which also did not cost me much, i provided all he needed from me to God be blessed this Dr prepared a parcel and send it to me followed with the instruction on how to take the herbal herbs medicine for 14 days. So surprisingly after taking the herbal herbs i went to the hospital for checkup to my greatness surprise my result came out (negative),i will never stop sharing my testimony of how i was cured from my Herpes Virus by Dr Macaulay you can also write him for any type of help you may need (Via:Dr.Macaulayherbalhome@yahoo.com) here his whatsapp mobile number (+2348113717132) for help....

just to make the story short, few weeks ago i founded a herbalist Dr. online who has cured thousand of Herpes virus patients with 100% excellent result and i inquire the treatment for me and my husband taking it for two weeks and we got cured i just want to use this medium to thanks Dr Ogedegbe for his wonderful treatment he so-much saved us from this virus his information has been attached to my post you can reach out to him via:  < a href="mailto:dr.ogedegbe6@gmail.com" target="_blank">dr.ogedegbe6@gmail.com< /a>, whatsapp number +2348109374702  . Thanks to you Dr Ogedegbe for curing me and my husband from this deadly virus.

I have a wonderful testimony to share to the whole world on how Papa Egbe used his herbal product on me, I have been affected with HPV for 6 years and I might papa Egbe through a testimony shared by someone online and told my self let me give him a try and visiting many hospitals and herb home for cure and so lucky for me he did a wonderful job on me and the virus I have had for 6 years was completely cured, thank to Papa Egbe for making me healthy again. What are you infected with=
Hepatitis ABC.
Hiv and aids.
Hsv 1&2.
Hpv.
Cancer of any kinds.
Diabetes.
Genital wart.
Kidney Disease.
Heart disease.
Relationships and marriage problems.
Contact him now for a cure via email papaegbespiritualtemple@gmail.com or via WhatsApp +2348134959928, with your infection listed and not listed, for Natural Remedies.