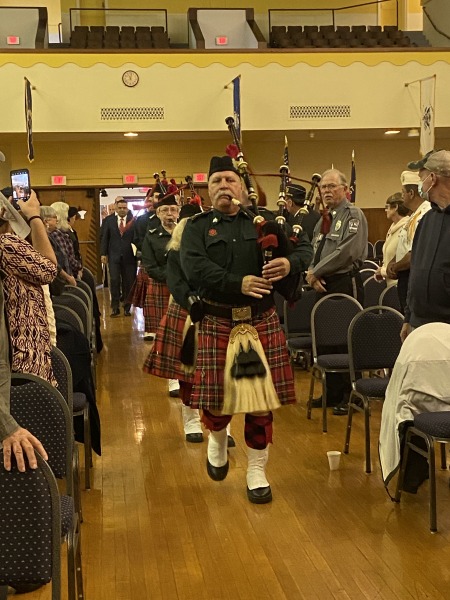 HOLYOKE - The United Veterans of Holyoke hosted the city’s Veterans Day Ceremony at the War Memorial Building to honor the local veterans who have served. Several of the speakers during the ceremony were Mayor Joshua Garcia, state Sen. John Velis and state Rep. Patricia Duffy. The theme of being grateful and appreciative of veterans was made clear by each speaker as they gave thanks to the honorable individuals who serve. The keynote speaker of the ceremony was retired U.S. Army Brigadier General John Driscoll, who expressed to the packed crowd to not lose faith in America and to always be thankful for those who chose to serve.