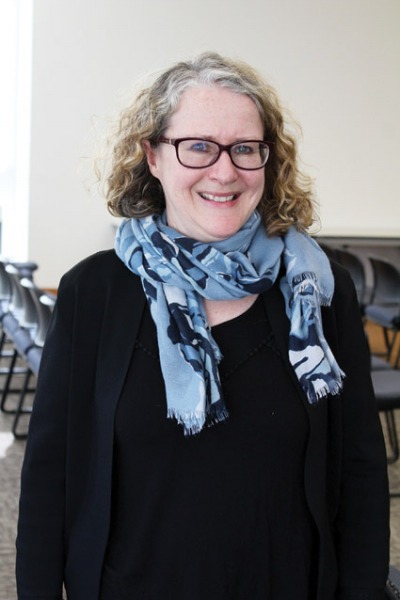 Patricia Duffy was recently elected to serve as the state representative for the 5th?Hampden District.
Reminder Publishing photo by Danielle Eaton

­­­HOLYOKE  –  After state Rep. Aaron Vega announced he would not seek reelection earlier in the year, three candidates stepped forward.

Reminder Publishing spoke to Duffy in the days following the primary election. The fact she had won was “still sinking in,” she said.

“A lot of it is gratitude that we put this message out there that’s about bringing the community together, listening to everyone, what my protecting public education,” she said. “I feel like people heard that message and believed that, and it resonated with them.”

She said after her swearing in, she would be following in Vega’s footsteps and assisting in an investigation into the Holyoke Soldiers Home.

Duffy said in her current role as Vega’s aide, she’s assisting in the staffing of the committee, and called the outbreak at the Home a “horrendous breach of trust.” While Vega’s, and ultimately Duffy’s, role on the committee still unknown, she said after being sworn in she would be “following up on any legislative and policy changes” needed at the Home.

When asked about what she was doing to prepare for the role of representative for the 5th Hampden District, Duffy said she wasn’t doing anything too different from outside of her current role. “In many ways my role doesn’t change,” she said.

Duffy said throughout the time working as Vega’s legislative aid,e she had “always treated me as a partner.” She said over the years she had worked with Vega to write legislation, crafted policies and communicated with constituents. However, she said there may be a “slight shift in emphasis” going foward.

“Before we’d look at the calendar and split up meetings,” she said. Duffy said while she may end up accompanying Vega to more meetings, not much will change.

When asked about her choice of legislative aide, she said “having someone who is bilingual is a top priority.” However, Duffy said she was in the process of considering and expanding the applicant pool.

She said even after the election results had come in, each candidate had continued “to treat each other with respect.” She added that she’d “had great conversations with them Tuesday night” and said the election had been a great example of respectful civic engagement.

“It doesn’t have to be disagreeable, we can disagree on issues but treat each other with respect,” she said.

Beaudry extended his congratulations to Duffy via a statement on Facebook and said, “Congrats to Pat Duffy on winning a hard fought, but overwhelmingly positive, campaign on the issues to be Holyoke’s next state representative.”

He said while he would not be serving as the district representative, the “failure of this community is simply not an option.” Beaudry said he would “continue to find ways to stay involved and make a positive difference in the lives of my fellow Holyokers.”