New craft brewery to open on Maple Road in Longmeadow 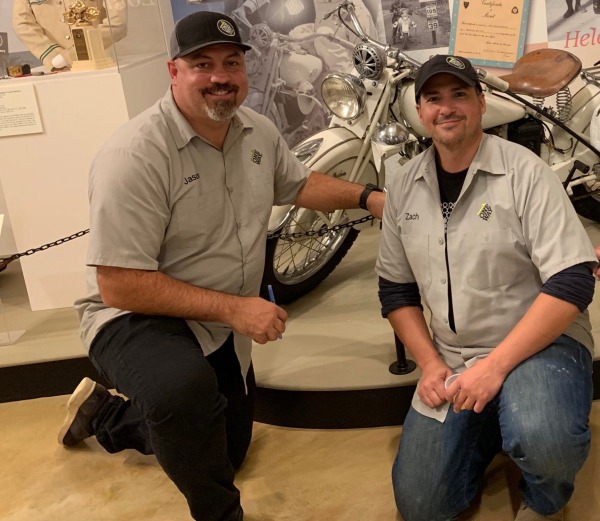 LONGMEADOW – 1 Way Brewing is set to open in Longmeadow on 807 Maple Road.

Owners Jason Tsitso and Zach Schwartz were approved by the Longmeadow Zoning Board of Appeals and are now approved for brewing beer in the town of Longmeadow.

“Our goal is to give the community a place to come and enjoy fresh local beer that we make,” Tsitso said. “Being residents of Longmeadow, we saw this as a gap in what the town has. There wasn’t a place where you could go for breweries and have fresh beer made right there. We thought this was a good opportunity for us to come and brew beer in a town we live in.”

1 Way Brewing has a few signature styles. Their most popular beer is their Spilled Milk Mango, a mango milkshake IPA. They also brew a  New England IPA and a beer called Breakfast at the Kitchen, a chocolate coffee milk stout.

Tsitso and Schwartz met 22 years ago at the Log Cabin in Holyoke where Schwartz was the waiter for Tsitso and his wife’s wedding party. When Tsitso and his family moved to Longmeadow in 2013, his daughter made a new friend. That friend turned out to be Schwartz’s daughter. Since then, their families have become close and now they’re business partners.

Tsitso has been brewing beer on and off for 10 years. Then he went back to brewing four years ago with Schwartz. They began competing in home brew competitions such as the Whip City Brewfest in Westfield, Cultures and Cocktails at Springfield Museums, the Worthy, Brew at the Zoo in Forest Park and Winter Home Brew Fest in Bennington, VT.

“Everyone liked our beer where we went,” said Tsitso. “We really enjoyed doing it, so we thought we would try to take it to the next level.”

Tsitso and Schwartz were looking for a design and a name that would resonate with their audience.

“When we’re talking about beer and tasting beer. We say there’s only one way to drink beer and there’s one way to make a good beer,” Schwartz said. “We started branding quite early during brewing competitions and so forth. Our brand has actually been out there for quite some time.”

Tsitso and Schwartz had to make sure the Longmeadow Zoning Board would approve of them manufacturing beer in town. They had to go before the board to request a permit which they approved them to do.

“When we went and talked to the Building Commissioner about building our place there was no brewery ever in the town of Longmeadow before, so there’s really no zoning that had fit a round hole for the round peg. We had to see what category we would be able to fit into,” Tsitso explained.

1 Way Brewing’s opening time depends on when Tsitso and Schwartz can get their final licensing and prepare their build-out. If there are no further COVID restrictions, their plan is to open at the end of the year around December, but realistically they said probably in mid-February of 2021.

“In addition to providing delicious craft beer,” Schwartz added. “We’re hoping to get involved in the community. Both Jason and I had served on non-profit boards. We’re hoping to be able to give back to the community in other ways by having this local business.”