City says discussions for MGM apartments is getting ‘closer’ 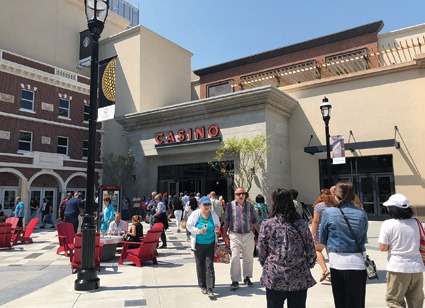 SPRINGFIELD – While MGM Springfield is open and attracting thousands of visitors to the city, one aspect of its Host Community Agreement has yet to be settled: the 54 market-rate apartments the casino company is supposed to build and rent.

According to Kevin Kennedy, the chief development officer for the city of Springfield, some progress has been made to reach an agreement to incorporate the apartments into the redevelopment of 31 Elms St., also known as the Court Square Building.

The announcement to move the apartments into the Court Square Building was made three years ago.

The Court Square Building is under the control of the Springfield Redevelopment Authority that selected Opal Development as the preferred developer.

Kennedy told Reminder Publishing this week, “We are moving closer and closer to a financial model.”

He described the project as “not an easy one” and that everyone involved is anxious about it.”

As previously reported, MGM Springfield had originally planned to put about 30 of the apartments in the former School Department building on State Street, but moved the project at the request of the city.