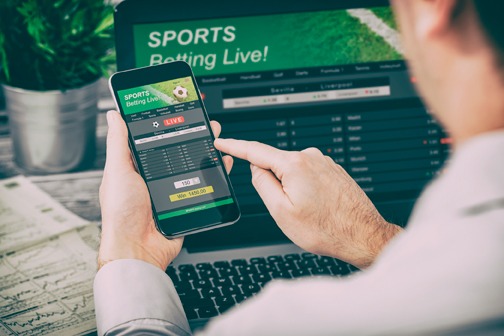 WASHINGTON, DC – MGM Resorts International lost no time in reacting to the recent Supreme Court decision that struck down the federal ban on sports betting and would allow states to consider sports betting.

In a statement released after the decision, MGM said, “We look forward to working with legislators and policy makers to achieve a regulatory outcome that benefits states and consumers alike while ensuring the integrity of sports. Having spent decades building trust with regulators, successfully operating sports books in Nevada, and hosting the world's leading sporting events, MGM Resorts International is extremely well positioned for a post-PASPA [The Professional and Amateur Sports Protection Act] environment.”

Justice Samuel Alito wrote in the 6-3 opinion, “The legalization of sports gambling requires an important policy choice, but the choice is not ours to make. Congress can regulate sports gambling directly, but if it elects not to do so, each state is free to act on its own.”

Elaine Driscoll, the director of communications for the Massachusetts Gaming Commission, told Reminder Publications that while the commission is reviewing the ruling it will be up to the Legislature how and if sports betting moves forward.

Driscoll said the commission has a white paper analyzing sports betting and how it could be implemented.

Wagner predicted the legislature would start with a review of the Supreme Court decision and then undertake “a comprehensive review about legalized sports betting and all of the issues related to it.”

State Sen. Eric Lesser released the following statement, “This morning, the United States Supreme Court struck down the 1992 Professional and Amateur Sports Protection Act. The Supreme Court's decision now allows individual states to legalize and regulate sports betting. The Joint Committee on Economic Development & Emerging Technologies is actively considering several bills that address gaming, including former Senator Eileen Donoghue's legislation, S. 2273. In the coming weeks, my House Co-Chair and I will engage our colleagues, relevant stakeholders, and the public at large in both the opportunities and challenges presented by the Supreme Court's decision.”

The white paper noted, “In the event that PASPA is overturned by the Supreme Court and Massachusetts is interested in legalizing sports betting in the Commonwealth, a number of state laws could be modified to address the topic. One efficient way to accomplish that goal would be to decriminalize sports betting under certain circumstances, such as when conducted with a state approved sportsbook operator. Additionally, Massachusetts would need to determine if regulation of the industry would be addressed specifically via statute or by regulation, as well as who should regulate the field. There has not been a consistent approach taken by other states that have addressed this issue. Some have crafted dense, detailed bills and others proposed broad legislative language that empowers an administrative agency with the ability to regulate the granular details. An additional option under this scenario would be the ‘omnibus approach’ previously referenced in the MGC’s White Paper on Daily Fantasy Sports. Under that approach a regulatory body would be provided the authority to address the broad subject of online gaming (including sports betting) and thus could quickly react to an industry where change is constant. Settling on a Massachusetts approach is important where both neighboring Rhode Island and Connecticut have either proposed or passed legislation that would legalize sports betting in their respective states if PASPA falls.”

The report concluded in part, “However, should Massachusetts have the opportunity to legalize sports betting, there are a number of questions at hand that will have broad impact, not only on who will benefit from sports betting as an operator, but also whether the overall gaming landscape in Massachusetts will be fundamentally transformed by the introduction of online gaming. The success of transitioning sports bettors from illegal to legal markets may depend substantially on how sports betting is made available as well as the quality of the sports betting products that are offered. Finally, a thoughtful taxation and regulatory approach can maximize the benefits to consumers through increased protections, maximize economic benefits to providers and downstream industries, and create a market that ultimately benefits all Commonwealth citizens by maximizing the potential tax revenues associated with sports betting.”