Council increases tobacco age from 18 to 21 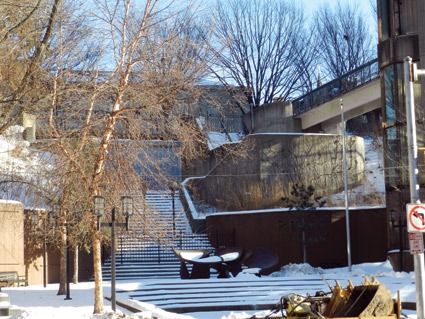 SPRINGFIELD – Springfield has joined many other cities and towns in the Commonwealth to increase the age from 18 to 21 for the sale of tobacco products.

The City Council approved the new ordinance advocated by the city’s Health Department, area medical centers and youth groups at its Jan. 8 meeting. The vote was unanimous and was met with applause from the audience.

The ban defines tobacco products as “Any product containing, made, or derived from tobacco or nicotine that is intended for human consumption, whether smoked, chewed, absorbed, dissolved, inhaled, snorted, sniffed, or ingested by any other means, including, but not limited to: cigarettes, cigars, little cigars, chewing tobacco, pipe tobacco, snuff; or electronic cigarettes, electronic cigars, electronic pipes, electronic hookah, liquid nicotine, ‘e-liquids’ or other similar products, regardless of nicotine content, that rely on vaporization or aerosolization.”

Customers buying tobacco products must show identification and store owners will be subject to fines for selling to under-age individuals.

Not everyone, in attendance at the meeting was in favor of the change. Kency Gilet, chair of the Republican City Committee, came to offer an opposing viewpoint during the public speak-out portion of the meeting but charged that City Council President Orlando Ramos would not let him address the council because Gilet had not signed up to speak by 1:30 p.m. that day.

Gilet distributed copies of his prepared remarks to members of the press. The statement read in part: “It would be easy to make the case that preventing independent young adults from buying tobacco products would cause some negative economic impacts to our community including small and family owned businesses. But to even argue that would completely ignore the greater issue.

“What this young tobacco ban would do is set a clear precedent for a small group of individuals (I understand this ban did not originate from this body) but it would set a precedent for our local government to make choices and take choices away from adults that we say are legally and ethically responsible for their own actions.

“Today as I spoke to a great number of residents, over 30 of them, I received a mixed response. Those that were against the ban stated issues of the role of government and the responsibility of the independent legal adults. Those that were in favor of this ban argued that smoking is a poor life decision, which I can agree with, but they took it further and said, ‘We have to stop them.’ One resident in particular stated: ‘If the [people] are smart enough to avoid life’s hazards, then clearly [government] must guide them in life.’”

Gilet added passing the ordinance would be waging “war on the individual liberties of Springfield residents.”

The City Council also accepted a state grant of $3.5 million to be used for the design and reconstruction of Pynchon Park on Dwight Street. Brian Connors is the Deputy Director of the Office of Planning & Economic Development explained to Reminder Publications, the city will do a major redesign of the park, which has a staircase that enables people to more easily access the Quadrangle area from downtown.

The park was built in the 1970s, Connor said, and had to be compliant with the Americans with Disabilities Act by providing an elevator. The elevator was the subject of vandalism and it and the stairs had to be blocked from use.

Several years ago there was a landscaping redesign at the park, but Connor said the current project will redesign the stairs and would use an inclined elevator system that would be more resistant to vandalism. One major difference is that a new police substation will be at the base of the park providing 24-hour security to the area.

He added a number of entities including the Springfield Museums, the Springfield Business Improvement District and the Chestnut Park Towers management are in support of the redesign.

Connors said the construction should start in the summer and should be finished by the fall.