Councilors learn no agreement has been set for casino apartments 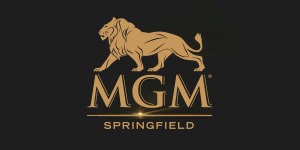 SPRINGFIELD  – As far as the construction of MGM Springfield, both Kevin Kennedy, chief development officer for the city of Springfield and Seth Stratton, vice president and general counsel of MGM Springfield, agreed the nearly $1 billion casino is on schedule to open in September 2018.

What is in question are the 54 apartments that are part of the Host Community Agreement MGM is obligated to build.

The plan is to have MGM contribute $11 million to the proposed redevelopment of 31 Elm Street – or known as the Court Square building – that is under development by Peter Picknelly’s Opal development company.

Fenton questioned how the $11 million sum was determined and Kennedy said it came through negotiations with the concept of allotting $200,000 for construction costs of each of the apartments.

Kennedy said the necessary agreements between the city, the Springfield redevelopment Authority, Opal and MGM are “still very early in the process,” but added the necessary environmental remediation of the building originally thought to cost $4 million is now estimated at $1.5 million.

Kennedy explained to the councilors there would be 60 apartment units built there, 48 of them considered “market rate,” while 12 would be “work force” housing.

Two major factors affecting the progress and outcome of the redevelopment are the financing of the project as well as the use of tax credits, now in danger of being eliminated by the proposed Republican tax reform bill.

He estimated a deal between all the parties should be set by early summer or early fall with the completion of the apartments by the end of 2019.

Both Picknelly and Kennedy noted a new production liaison between the 31 Elm Street project and the city has been funded by Picknelly and that person is expected to help move the project forward.