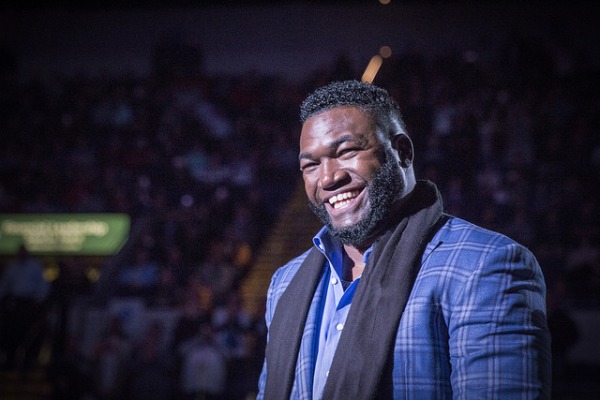 SPRINGFIELD – David Ortiz made his first visit to Springfield on Nov. 11.

According to him, it very well may not be his last.

The former Boston Red Sox slugger and fan favorite said he is considering the prospect of investing in a restaurant in Springfield.

Ortiz first made mention of a restaurant when addressing the crowd during a pre-game ceremony honoring him at the Springfield Thunderbirds’ David Ortiz Night.

“The first time they came to talk to me about coming to Springfield I was very happy … My agent was talking to me about opening a restaurant to Springfield,” he said, which was met with applause from the sellout crowd.

When Reminder Publications asked him about the comment at a press conference during the game’s first intermission, Ortiz confirmed it was being discussed.

“They’re putting a casino here, so we’re talking about bringing a restaurant here,” he said. “We’re going to see how it goes down, so you might get to see me more often around here if that goes down.”

A post shared by Reminder Publications (@reminderpublications) on Nov 11, 2017 at 5:16pm PST

It is unclear whether Ortiz was referring to developing a restaurant directly associated with the casino complex, which is slated to open next year. No follow-up question was allowed at the press conference.

MGM previously announced plans to open an Italian restaurant and a steakhouse as part of its development, but little else.

In response to a request for comment on Ortiz’s statement, Saverio Mancini, director of communications for MGM Springfield said, “We love David Ortiz and his enthusiasm for Springfield. We are happy to offer some tips to anyone, including a beloved retired Red Sox slugger, who is interested in the city's downtown renaissance.”

Alex Radetsky, Ortiz’s marketing agent and manager, did not immediately respond to a request for comment.

A Springfield restaurant would not be Ortiz’s first foray into the food industry. The potential future Baseball Hall of Famer has a line of salsas, hummus and tortilla chips under the moniker Big Papi’s Kitchen, proceeds from which benefit his charity, the David Ortiz Children’s Fund. He was also an investor in the Framingham establishment Big Papi’s Grille, which specialized in Latin cuisine and American fare and was in business from 2009 to 2011.

The Thunderbirds’ event highlighted the retired star’s immense popularity in the region, resulting in the Springfield hockey club’s second sellout of the season.

Ortiz signed a one-day ceremonial contract with the Thunderbirds as part of the pre-game festivities, rode an ATV on the ice and hit baseballs and threw T-shirts into the crowd during the first intermission. He was gifted a key to the city by Mayor Domenic Sarno.

“He’s in so much trouble,” Ortiz joked with the media during the press conference. “It’s an honor to be able to come here and the mayor was so nice. It’s something I always appreciate and I’ll never forget about it. It’s something you carry with you the rest of your life.”