DiCenso takes over as head of Dakin Humane Society 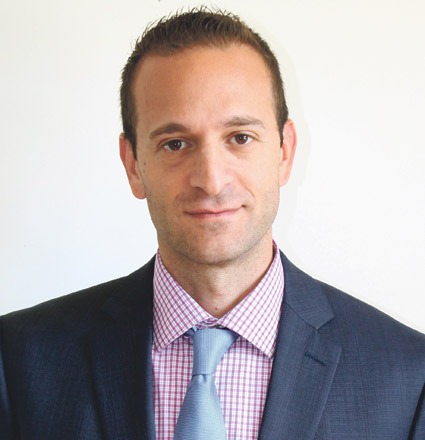 SPRINGFIELD – Carmine DiCenso has worked most of his adult life helping animals and now he is bringing his expertise to the Dakin Humane Society.

DiCenso is the former executive director for the Providence, RI, Animal Rescue League. Prior to that, he was a program director at the Massachusetts Society for the Prevention of Cruelty to Animals (MSPCA) and a manager at the Animal Rescue League of Boston. He is also a former board member of the New England Federation of Humane Societies and served as a board member for the Ocean State Animal Coalition, DiCenso also was the Rhode Island state representative for the Humane Society of the United States Companion Animal Advisory Council.

He said he wants not only to continue program at Dakin that have made an impact – such as the spaying and neutering of feral cats – but to expand them.

DiCenso first started in animal welfare in 1996. Initially out of college he worked in psychiatric hospitals where he facilitated group and individual therapy and started volunteering at the MSPCA in Boston.

He realized that he was spending eight or nine hours on a Saturday at time working with animals. When he had an opportunity to fill a job there, he took it as he saw it as “a great marriage” between helping animals and people.

“Certainly we’re there for the welfare of the animals, but by helping animals we’re helping people,” he said.

DiCenso said he has a connection to the Springfield Dakin facility, which was originally constructed by the MSPCA. Dakin bought the building after the MSPCA left Western Massachusetts. He frequently would come to Springfield meetings when he worked for the MSPCA.

He said Dakin is seeing fewer animals in its shelters in Springfield and Leverett, but that those animals tend to need more care and treatment.

“We regularly do pretty extensive medical care on animals, surgeries, behavioral rehab and we keep them for longer lengths of time and that’s a challenge,” he said.

Dakin is also working to prevent animals from having problems by offering programs to pet owners such as low cost vaccines.

He wants the shelter to get out into the community more and find out what services are needed “so animals never have to come to the shelter.”

DiCenso said although many of the dogs in their shelters are pit bulls, there isn’t much difficulty in finding homes for friendly well-adjusted dogs.

Dakin does not receive state or federally funds, and aside from some grants, the organization is privately funded, something DiCenso called “great.” He appreciates that people have made a decision to support the shelter and its programs.

DiCenso has three dogs himself and as the dog beds in his office will attest he frequently brings them into work with him.

Nancy Creed, president of Dakin’s board of directors, said,  “Carmine will be a terrific executive director. We’re thrilled to have him here to lead Dakin and inspire this organization’s future growth and achievements. He has significant experience in both human services and animal welfare, and understands the need to serve the human – as well as the animal – population of our community. His career has been devoted to making and keeping that connection.”