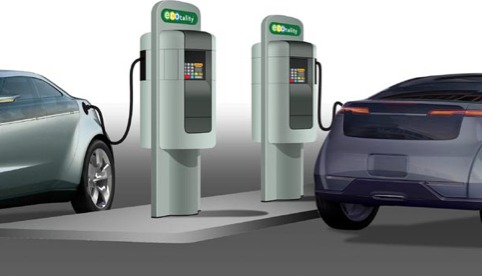 SPRINGFIELD – If you have an electric car, will it be easy and convenient to charge in the Bay State?

A new report from Environment Massachusetts urges the installation of additional charging stations for electric cars as a way to encourage the sale of electric vehicles (EV) in order to reduce greenhouses gases.

The report, “Plugging In” noted that Springfield has six public charging stations as of 2018 as opposed to 42 in Providence RI, 52 in Hartford, CT and 305 in Boston.

With the opening of MGM Springfield in September, the number of the charging stations in the city will leap another 50 stations. Saverio Mancini, director of Communications for MGM Springfield,  told Reminder Publications there would be 50 chargers located in its 3,000-car parking garage divided among the floors.

The report noted, “The number of EVs on America’s streets is at an all-time high. Throughout 2016, sales of plug-in electric vehicles increased nearly 38 percent. In 2017, sales of electric vehicles were up again, increasing 32 percent over the year. The introduction of the Chevy Bolt, Tesla’s Model 3 and other affordable, long-range electric vehicles suggests that growth in EV sales is just beginning. In fact, Chevrolet’s Bolt EV was named Motor Trend’s 2017 Car of the Year. But with more EVs on the road, and many more coming soon, cities will face the challenge of where electric vehicles will charge, particularly in city centers and neighborhoods without off-street residential parking.”

Ben Hellerstein, the state director of Environment Massachusetts, introduced the report to local press on Feb. 27 on the steps of City Hall. He said fossil fuel transportation contributed 40 percent of the greenhouse gas in the Commonwealth.

He added switching to EVs is not the only way to address the pollution problem, as it is part of a larger effort to reduce the need for people to drive. He asserted elected officials in Springfield could help create more charging stations, which would help convince people that switching to EVs is practical.

Hellerstein sees the solution to more charging stations being a mix of publicly owned and operating stations with those installed by private business.

Darcy Dumont, representing Climate Action Now, drives an EV and said she uses “Plugshare,” a smart phone app that guides her to charging stations. She said one issue is that different makes of EVs use different plugs and one must make sure the charging station can accommodate the make of car one owns.

Catherine Ratte, principal planner/section manager at the Pioneer Valley Planning Commission, also spoke at the press conference about the report on charging stations that organization issued in December that recommended the following: “Each municipality in the region take on the responsibility of installing at least one dual-head charger available for public use.

• All businesses whose customers spend at least one hour at their business should consider installing at least one dual-head level 2 charging station.

• The State of Massachusetts should adopt legislation comparable to California Assembly Bill No. 2565 which would require a lessor of a dwelling to approve a written request of a lessee to install en EV charging station at a parking space allotted for the lessee in accordance with specified requirements and that complies with the lessor's approval process for modification to the property.

• Each municipality should consider local regulations comparable to the Atlanta ordinance that requires EV parking spaces in new developments of a certain agreed upon and locally appropriate size.

• The Commonwealth should continue to move forward aggressively with existing plans for the placement of fast chargers at highway rest stops on I-91 and I-90.”