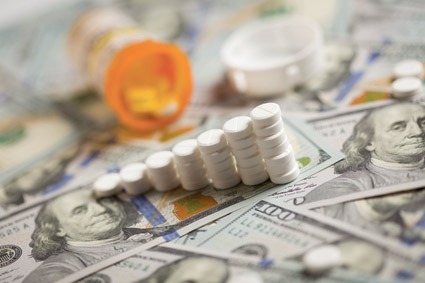 SPRINGFIELD – The increasing costs of prescription medicines coupled with the economic benefits of Massachusetts being the home to pharmaceutical and life science companies were the two sides of the same coin that were addressed at the first of several hearings conducted around the state by the Joint Committee on Health Care Financing.

Sen. James Welch is the senate co-chair of the committee and chaired the hearing at the auditorium of the Michelle & Donald D’Amour Museum of Fine Arts on Jan. 19.

Welch said the purpose of the hearings is to collect information about increasing prescription drug costs as well as taking steps to bring some of the big pharma companies that are making eastern Massachusetts home to new sites in Western Massachusetts.

She said one way to lower the cost of drugs and healthcare would be if patients actually took prescribed drug treatments as directed by a doctor. She asserted $213 million could be saved.

Sarah McDonald, executive vice president of the Massachusetts Biotechnology Council, said the Commonwealth has more jobs in “biomanufacturing” than any other state with a $7.2 billion payroll. One in six dugs approved by the Federal Drug Administration come from Massachusetts and these compounds can help up to 1.5 billion people around the world.

She said this industry is the new precision manufacturing in the state.

McDonald said that to bring a new prescription drug to market it takes 10 years and an average of $2.6 billion. Only about 12 percent of the drugs that make it to clinical trials actually ever become available it to doctors and patients.

Both women set a stage to explain why the cost of prescription medication is increasing.

Dr. Peter Reinhart, a member of the Board of Director of the Pioneer Valley Life Sciences Institute, said that developing new medication is “slow, expensive and high risk.”

He called for a better relationship between big pharma, university research efforts and state governments. He said there must be an alignment between three entities to identify and develop new drugs.

The motivation, for instance, in developing medication for Alzheimer’s disease is that in the next 10 years the number of people with the disease is expected to double.

“The overall driver is unmet patient needs,” he said.

When asked by Welch if the Pioneer Valley Life Sciences Institute has reached its potential, Reinhart answered no.

He believes there should be a much better job in marketing Western Massachusetts to biomanufacturing companies. He said the rental costs are much more affordable here than in eastern Massachusetts and this region has the infrastructure to support such businesses.

Reinhart said there must be “an initial effort to convince people to move west of [Interstate] 495.”

Elin Gaynor, associate general counsel for Heath New England, told the legislators “there is no single or simple reason” for the increasing cost of prescription drugs. She noted that 50 percent of American takes prescription medication on a monthly basis.

Gaynor said, though, the cost of specialty drugs, those medications that have been developed at great cost to treat relatively rare conditions are part of the situation.

She said that 1 percent of Americans take such drugs, yet they account for 32 percent of the money spent on prescriptions.

Gaynor noted that one medication for cystic fibrosis costs $259,000 a year.

At the same time, generic medications have increased in cost. She cited Lantis, a type of insulin, has risen 168 percent.

Gaynor’s associate, Jim Kessler, vice president and general counsel for Health New England, said, “the bottom line for us is how it affects the consumer … Where does this leaves us?”

He noted that by law in Massachusetts 88 cents of every dollar of health insurance premium cost must go to patient care. If the cost of care goes up, then the cost of the premium goes up, which is passed onto employers and then to consumers.

One way he noted for the way to lower the cost of the premium is to allow the consumer to pay for more of the health cost. This is called “cost sharing.”

Kessler called the cost of healthcare “a very significant problem.”