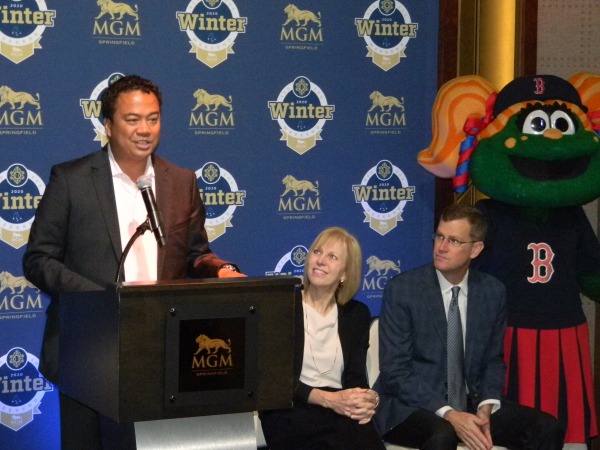 SPRINGFIELD - MGM Springfield President Michael Mathis announced with Sam Kennedy, president and CEO of the Boston Red Sox, that the Sox will present their Winter Weekend event at MGM Springfield on Jan. 17 -19, 2020.

He predicted that 8,000 Red Sox fans will come to the city for the event and the economic impact would extend into surrounding communities.

Kennedy called the weekend, “probably the biggest undertaking of our off-season.”

The event will feature a wide variety of activities including a “town hall” meeting between players and fans, autograph and photo opportunities and panel discussions.

Kennedy said the weekend will “create a lifetime of memories for Red Sox fans.”

For more information, go to www.mlb.com/redsox/fans/winter-weekend.