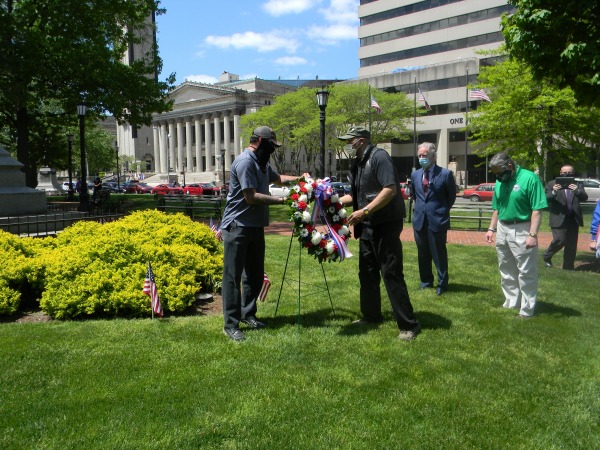 Normally the steps would be filled with participants of the annual event, but with the pandemic a handful of people gathered to speak and to lay wreaths at the city’s war memorials. The event was streamed and recorded for later viewing.

Congressman Richard Neal explained how Memorial Day had its roots in Decorations Day, a day designated in southern states to decorate the graves of Confederate soldiers. Eventually the northern states adopted the holiday.

Neal said today Memorial Day recognizes the sacrifices of the men and women in the military who lost their lives during every conflict since the Civil War.

Thomas Belton, director of the city’s Veterans Service Office, a Vietnam War veteran, said, “No man should be entitled to the blessings of freedom unless he is willing to preserve that freedom.”