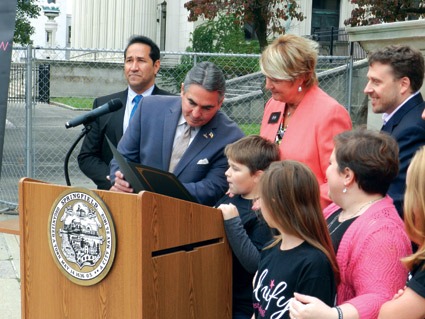 Mayor Domenic Sarno read a proclamation designating October as “National October Anti-Bullying Month” on Oct. 16. He was joined by members of the regional group Unify Against Bullying who raise money to help fund anti-bullying programs in area schools.

The group also announced it will have its first office in downtown Springfield thanks to realtor and developer Evan Plotkin.