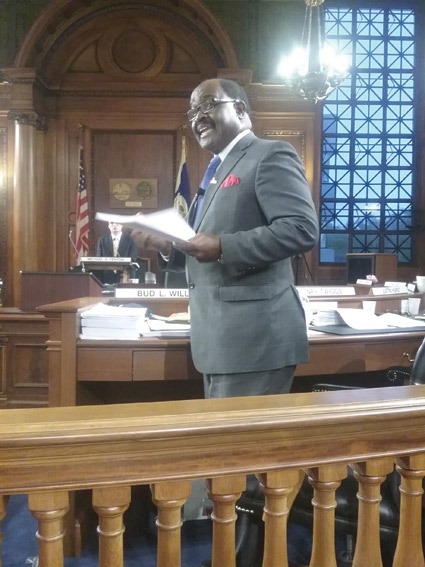 SPRINGFIELD – City officials will have to wait a little longer to have all of their questions on the proposed changes to the MGM Springfield project answered.

Chief Development Officer Kevin Kennedy, City Solicitor Edward Pikula and Deputy Director of Planning Philip Dromey met with the City Council at an Oct. 26 meeting and revealed the city received a new site plan from MGM with the proposed reduction of 14 percent of the original square footage, but deemed it “incomplete” and sent it back to MGM with requests for further information.

“It was sent back as incomplete due to lack of information,” Kennedy said after the meeting. “Site plans usually have plot plans and more information with it. They also usually have a landscaping plan and things of that nature with it, which is standard operating procedure for us. There’s nothing dramatic about that; we just need to gain more information.”

After receiving the site plan application on Oct. 22, internal staff and consultants hired by the city jointly made the determination that the site plan as submitted was not satisfactory.

The city anticipates receiving the completed site plan, which would require City Council approval, the week of Nov. 16.

Dromey explained once the site plan is accepted as complete, the city has 30 days to conduct a review and 45 days to host a public forum. Those timelines run concurrently, he clarified.

City Council President Michael Fenton identified the Nov. 16 date as “very significant to this chamber” at which the council could receive “answers of extreme relevance to our authority.”

He also requested the Sarno Administration make its consultants available to answer the council’s questions “in the near future.”

The aforementioned obligations include the project budget, job creation and revenue projections. Pikula said he does not expect the budget to sink below the original $800 million figure.

The company has made nearlt $250 million investments in the project already and according to the RFA2 application submitted to the Massachusetts Gaming Commission by MGM, “hard construction costs” for the project are outlined to be approximately $650 million, he explained.

The Sarno Administration was scheduled to meet with MGM CEO Jim Murren, MGM Resorts President William Hornbuckle and MGM Springfield President Mike Mathis for a presentation on the changes on Oct. 29, and have its three questions answered, however because the site plan was not completed to the city’s satisfaction, no formal presentation was given.

“By notifying [MGM] that [the site plan] was incomplete, the timeclock is not ticking and therefore we do not need to meet with them on Thursday regarding the site plan itself,” Kennedy said.

Kennedy indicated the meeting would instead be an opportunity for the sides to continue mending fences after several contentious weeks during which the Sarno Administration criticized the gaming company for poor communication regarding alterations to the original casino plans.

“Mr. Murren has indicated that I think we’re going to see a new effort on the part of MGM to communicate in a better way – I think that’s one of the biggest issues we’ve had to deal with here – and clear up some misconceptions,” he said.

In a letter to Sarno dated Oct. 26 in response to the city’s invitation to the Oct. 29 meeting, Murren wrote, in part, “I regret and apologize to you personally that our desire to aggressively advance permitting and construction of the project has recently frustrated our ability to work more collaboratively with your team. As we continue to move forward with our necessary approvals, we commit to doing a better job, including providing comprehensive responses to the questions your team raised in the city’s Oct. 22 letter.”

Sarno issued a statement regarding Murren’s letter on Oct. 30, stating, “I am pleased that we are meeting to continue the progress towards completing this historic economic development project for the city of Springfield. More than 5,000 construction and permanent jobs, plus millions in property tax revenues are a significant stimulus to our economy.”

During the Oct. 26 meeting, Kennedy told the City Council its members would have an opportunity to meet with the MGM officials, an assertion Fenton indicated he had not been made aware of.

Pikula explained that, in addition to the site plan review, with MGM’s recent filing of a notice of project change to the state under the Massachusetts Environmental Policy Act, the city’s can review the filing and decide what, if any, comments it wishes to make in the Commonwealth’s review process, which has a comment period ending Nov. 9. The filing included what Pikula called “a lot of significant changes to the project compared to what we have in the Host Community Agreement.”

Pikula further told the City Council that while amendments to the Host Community Agreement would require approval from both the mayor and the City Council, according to the agreement, Sarno has “exclusive authority” in determining the materiality of the changes to the project.

Councilor Bud Williams indicated he as received very negative feedback from his constituents regarding the proposed changes.

“People voted for X, Y, and Z and you’re going to give them not X, Y, and Z. A lot of folks are not happy and how can we reassure them and build the confidence up that we’re going to get what they voted for?” he said.

He later added, “At the end of the line, we run every two years, so our necks are very much on the line.”

Councilor Kateri Walsh asked if there was any avenue through which MGM could be penalized for making changes.

“People are feeling extremely vulnerable about what’s been presented to them,” she said.

Pikula reiterated the fact that no changes can be made without the approval of the mayor and the City Council. In addition to that, however, the city could sue MGM for damages, specific performance or liquidated damages. If the casino is not operational on time or at all, liquidated damages, calculated based on projected revenues from the casino, are calculated at $63,000 per day.

“That is the biggest stick we have, but I think we need to talk about the carrots. We need to show MGM that Springfield was and still is the best place for them to have their business for the benefit of the city, the region and the entire Commonwealth,” he said.