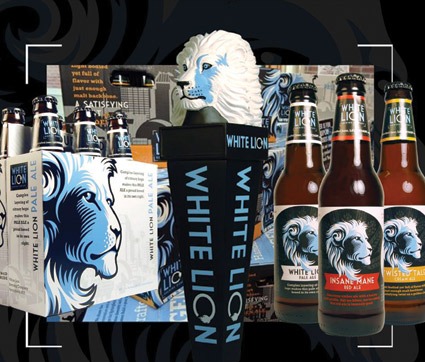 SPRINGFIELD – Just because Raymond Berry Jr. is opening a microbrewery and a restaurant in the MassLive building doesn’t mean he has abandoned his dream of having his White Lion brewery located downtown.

He told Reminders Publishing this is phase one of a two-phase business plan.

Berry announced recently he and restaurant owner Bill Collins will open in the former bank location on the first floor of the building a micro-brewery and restaurant. The opening is schedule for some time early next year.

He explained the brewery will be “very small but would create forward thinking styles of beer… it would stretch the limits and experiment on various styles.

All of the beer produced there would be consumed there, he added.

“It is a unique test kitchen,” Berry said that when coupled with a restaurant operation creates a unique business model.

The 4,400 square feet area has the advantage of having multiple glass walls for greater visibility and a location across the street from the MassMutual Center and near the casino, Symphony Hall and CityStage, Berry said. He plans to use the plaza area in front of the building as seasonal space and would work with the city to stage events in Court Square.

Berry is still determined to have the White Lion brewery in downtown Springfield. “It’s part of the downtown fabric and we’ve never waned from it despite the lack of industrial space to convert.” He said he has identified a potential location and is now conducting a second review of it.

“We’re working on a strategy putting the pieces of the puzzle together,” he said.

There will be both a loyalty program and a Founders Club to reward frequent diners.

Collins, who operates the Center Square Grill in East Longmeadow, said he is “very excited” about the new project.

“We’re putting a stake in the ground and investing in Springfield,” he said.