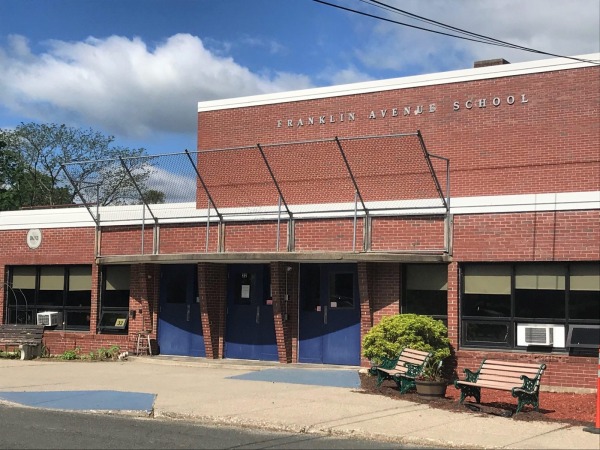 Westfield is undergoing a feasibility study to renovate and build an addition at Franklin Avenue Elementary School for 400 students.
Reminder Publishing file photo

WESTFIELD – Following the Dec. 11 official vote by the Massachusetts School Building Authority (MSBA) to invite the city to move forward with the feasibility study for the Franklin Avenue School Building project, that work is getting accomplished.

A School Building Committee has been formed according to MSBA guidelines, and met for the first time on Jan. 13., selecting Mayor Donald F. Humason, Jr. as chair, and Director of Purchasing Tammy Tefft as vice-chair.

Tefft said at the first meeting the committee voted to submit the advertisement for an Owner’s Project Manager (OPM), and are in the process of reviewing responses. She said the committee will select three candidates to interview at public meetings on Feb. 25 and 26. The final selection must also be approved by the MSBA.

The OPM will oversee the feasibility study for the city, and prepare the way for the design phase, Tefft said. The cost of both the OPM and designer will be reimbursed at 71.24 percent by the state.

Rix called the rate “an exceptional rate of reimbursement for the study,” and “the highest that I’ve ever seen for Westfield.”

Rix said this is a good time for the city to be entering into the project with the MSBA, because this is the final year of payments on a 30-year bond for the north and south middle school building school projects begun in 1999.

The city council voted unanimously in October to approve the $900,000 funding for the feasibility study, which will be reimbursed monthly based on submitted invoices.

Rix said the city’s intention and the plan that was approved calls for studying both renovating the Franklin Avenue and building an addition, with the intended outcome to provide a quality educational facility for students in the downtown area. They also stressed the need to provide equity in the city among elementary schools, where the newer ones are on the outskirts of the city.

The proposed project would replace the 106-year-old Abner Gibbs building, built in 1914, and renovate the 64-year-old Franklin Avenue, built in 1955.

Both Tefft and Rix said the feasibility stage will take 22 months to two years.

Superintendent Czaporowski said if Westfield moves forward into the building phase, the completion of the entire Franklin Avenue project is still four years down the road.

The district has stated many times that the MSBA has an unwritten rule of one project at a time; and a new elementary school has been the priority largely due to the age of Abner Gibbs, which is not handicap accessible, and needs to be taken offline.

The next goal for the city is to look at both high schools. Czaporowski said that Westfield High School submits a request every year to replace the science labs and the roof.  He said the district continues to do maintenance on both; repairing the roof, and fixing the plumbing in the science labs into working condition. He said Westfield Technical Academy is at capacity.

Czaporowski said they are looking at possibly building one high school for both, and combining the two schools on the Westfield High School campus, as they are doing with Abner Gibbs and Franklin Avenue.

A comprehensive high school can be half day shop, half day academics, or a hybrid model of one week academics and one week shop, as Westfield Technical Academy is now.  Czaporowski said they would pursue the model “that meets the needs of all students.”

As for what would happen to the Westfield Technical Academy, Czaporowski said a dream of his would be to take the old WTA and make it an aviation school.

Currently, Westfield Technical Academy is the only high school in the state that has an FAA-certified aviation technology program, and is one of only three in the country. He said there are so many students that want aviation, that once it is Chapter 74 approved, which is in process, any student from any school in the state could attend.

“That might be a separate proposal,” the superintendent said.

Czaporowski said they will submit their Statement of Interest (SOI) for the high school building project the year before Franklin Avenue is finished, and hopefully get that project approved as well.  If it is approved at that time, it would still be eight years down the road, he said.