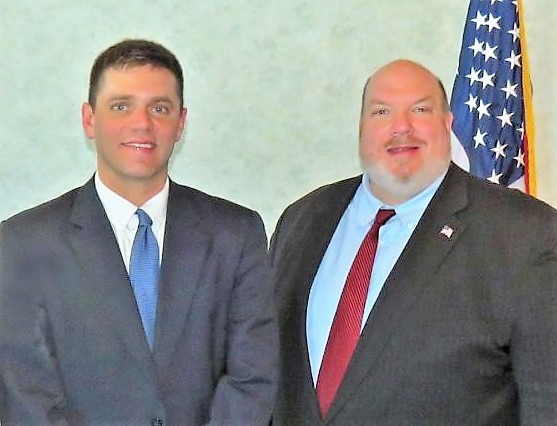 WESTFIELD – State Sen. Donald F. Humason Jr., mayor-elect of Westfield, sent his resignation to the Senate Dec. 6, which is the first step in the special election process.

The Massachusetts Senate sets the election date, however Secretary of State William Galvin’s spokeswoman Debra O’Malley said it takes 12-15 weeks for her office to prepare a special election ballot and she hopes the Senate schedules it the same day as the presidential primary election, March 3.

She said having the special general election on the same day as the presidential primary would save money and Galvin would prefer to schedule special senate elections on the same day.

In addition to Humason, state Sen. Viriato deMacedo, a Republican from the Plymouth and Barnstable District, resigned for a position at Bridgewater State University. Taunton’s Republican representative Shauna O’Connell is planning to resign to become her town’s mayor and Sen. Paul Brodeur, a Democrat representing the 32nd Middlesex District, resigned in November after being elected mayor of Melrose.

Humason will be sworn-in as Westfield’s mayor Jan. 6.

State Rep. John C. Velis, a Westfield Democrat, is the only person who has publicly announced he is seeking the Senate seat. Velis said Dec. 8 that he hopes the election will be soon.

“Until there is an election, the 11 cities and towns in the district will be without a seat in the Senate,” Velis said.

He said the next senator – whether it is him or someone else – will have to “learn the needs of the district.”

“The only way you can do that is to hit the ground running,” he said. “The less time the seat is vacant, the better for the people of the district.”

Setting special election dates has been a contentious issue on Beacon Hill. According to State House News Service, Gov. Charlie Baker and Galvin are not on the same page when it comes to setting an election date to fill deMacedo’s seat.

Galvin accused the Republican party of “voter suppression” after Baker backed Senate Minority Leader Bruce Tarr’s plan to not have a general election on the same day as the primary. Instead, he suggested it should be March 31.

"I think you'll get a much better turnout in the primary if you have the primary election for the Democrats on the same day as the presidential Democrat primary and the same day as the Republican primary, and then the two candidates that win that can face off against each other in a single day election where they're the only two people on the ballot," Baker said last week. "I think that would be the more appropriate way to do it."

State House News reported that to break the impasse, Spilka could take an unprecedented step and call Democratic members in to push the vote through, but a Senate source said last week she is not considering that option.

Spilka should receive Humason’s resignation early this week and can begin the special election process.