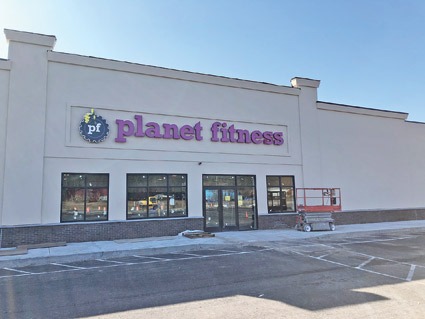 WESTFIELD – After months of construction, Westfield’s Planet Fitness will finally open its doors during the second week of March barring any last minute complications.

Nabil Hannoush, the building’s landlord, said the construction has gone smoothly since it started back in July.

“It’s been great, there haven’t been any problems or setbacks since it started,” he said.

Hannoush said that the project is in its final stages and should be wrapping up within the next month.

“Right now we’re waiting for the finishing touches on the construction, it’s coming out beautiful. Hopefully we’re looking at the second week of March to have it open,” he said.

Hannoush added that this will be the 14th Planet Fitness location between Western Massachusetts and Connecticut.

Alongside Planet Fitness, Hannoush said they will also be opening a health and wellness center. “It’s going to be called Results and Wellness, and the owner owns three physical therapy places called Rehab Resolutions. This is a new concept that encompasses mind and body,” he explained.

Once Planet Fitness opens, Hannoush said they will be closing down Expert Fitness, which is currently a part of the Shortstop Bar and Grill complex. He said, “The space will be for three to four spots for retail tenants and right now I’m negotiating with a few different potential tenants.”