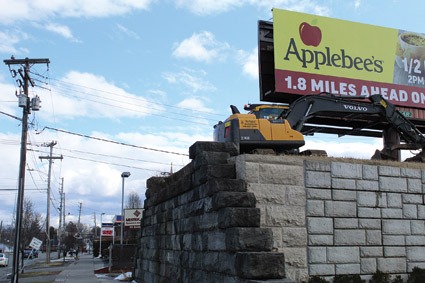 WESTFIELD – Construction recently began on the Columbia Greenway Rail Trail’s central section with the project set to replace and renovate five bridges and add signage by the end of 2021.

Donna Green, the director of membership with the Friends of the Columbia Greenway Rail Trail, explained that the construction is currently limited to just the trail’s central section. “The central section is going to really complete the construction phase of the Columbia Greenway Project and is going to bring the trail right in through Downtown Westfield,” she said.

She said that New England Infrastructure was awarded the project back in the summer after the Friends of the Columbia Greenway Rail Trail worked with city engineer Mark Cressotti, who worked closely with the Mass DOT in getting the funding for the project.

While the current construction is focusing solely on a specific portion of the Westfield trail, Green said she is hoping it has a bigger impact for anyone that may use the trail and potentially bring in more visitors to Westfield.

“With the completion of the central section we’re really going to be able to make Westfield a destination for the folks who use the trail system because it will become the northern end of a network that goes into the south 54 miles down to New Haven, CT.,” she said.

Green said that construction just started and there is still about two years of work before the rail trail is finished. “This project is expected to take two construction seasons so they are just starting on the site work and prep work and we expect it to be open by the end of 2021,” she said.

While the central section is a short distance, Green said that they need to repair or replace several bridges in that area as part of the project.

“We have five bridges that need to be replaced depending upon their current situation,” she said, “The first bridge, which will be called the Gateway Bridge, will cross Main Street and that will be built offsite and brought in already built.”

She added that she and the Friends of the Rail Trail want the Gateway Bridge to welcome visitors into Downtown Westfield. “That bridge will feature a seal of the City of Westfield and it will really be a landmark to welcome folks into downtown,” she explained.

While the Gateway Bridge will welcome people to downtown Westfield, Green stated that the Elm Street Crossing is going to be one of the main attractions for the new trail. “It’s going to be a signature feature of the Columbia Greenway. That bridge is going to have benches, flower boxes, and lights and really be done so that it becomes a signature piece of our system,” she said.

One way Green said the Friends of the Trail will be bringing people into the city is through the use of wayfinding signs to direct bikers and walkers downtown. She said, “In late 2019 the Pioneer Valley chapter of Mass Bike awarded us a grant that we are going to use to put up wayfinding signs so we can direct people to specific locations downtown so they can find things to do in Westfield while enjoying the trail.”

Green added that anyone interested in joining the Friends of the Columbia Greenway Rail Trail or looking for additional information can go to their monthly meetings on the third Tuesday of the month at 6:30 p.m. in the YMCA’s board room.