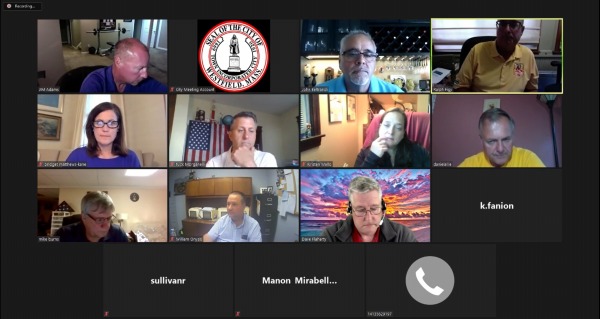 WESTFIELD – The Westfield City Council met for a regularly scheduled meeting on June 18 to submit a job posting for a new auditor, approve three appointments to city boards, and to discuss a motion to expedite immediate requests.

After the city’s auditor Chris Caputo was hired as Springfield’s treasurer and collector, one of the first motions at the meeting in the Communications from the Mayor portion was a request to approve a job posting for the vacancy. Councilor Ralph Figy stressed the importance of making the posting as soon as possible and said, “This is a city council hire and it has a 30 day posting requirement to it so it’s important we act upon this as soon as possible to get an auditor in place because we have to end the year financially.”

The council then made a trio of appointments to city boards, one appointment for George Keefe as a new member of the airport commission, and two reappointments for Suzanne Bergeron and Diane Snow on the board of assessors.

From a finance committee report, the council also approved a motion for a request for transfer $410,000 from free cash to the Health Insurance Benefits account in order to pay for prescription medication since the city’s insurance does not currently cover that type of medication.

The biggest talking point from the meeting was a continued discussion around amending the city’s Code of Ordinances to change the way the council processes immediate requests and make it so the requestee does not have to appear before the council. Councilor Nick Morganelli explained that the code should stay the same and require petitioners to attend the meeting. He said, “I think it’s important for the public to hear the questions and answers and the back and forth, and to understand the purpose of the request. I don’t think we need to change it, for the many years I’ve been on the council it’s worked fine so I’m a no vote on this.”

Council President Brent Bean was in favor of the motion and said, “Most of the time it’s pretty self-explanatory and a letter can suffice, and we can always have someone come in for larger circumstances. We haven’t been following our own rule, this is something to put it in line and I think it’s a great way to tighten our rules.”

The motion did not pass as it required a unanimous vote

The Westfield City Council next meets for a special meeting on June 29 to approve the annual budget for fiscal year 2021.