Excel creates a safe space for physical therapy in Wilbraham 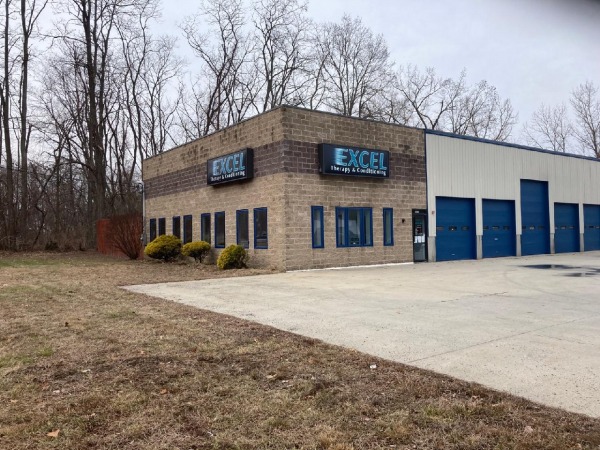 WILBRAHAM – Excel Therapy & Conditioning, located at 2826 Boston Rd., was created a decade ago by owner and operator Dr. Sara Hulseberg. Though they’ve been in business for years, a recent expansion and move during the pandemic has thrown some challenges their way.

Initially, Excel Therapy opened with  physical therapy training such as strengthening, initiative training and group classes. Now, they have expanded to one-on-one physical and occupational therapy, therapeutic massages that concentrate on muscle relaxation and tension relief, and strength and conditioning programs as well as athletic training and weekly fitness classes.

Hulseberg is a doctor of a physical therapy with a focus in orthopedic, sports injury and manual therapy. She is also a certified Strength & Conditioning specialist and a certified sports yoga coach. Hulseberg received her bachelors' and Master's degree in physical therapy from Springfield College and got her Doctorate from Northeastern University.

“I had always wanted to be in sports medicine specifically. I just really enjoy working with athletes,” said Hulseberg. “I had been an athlete my whole life. My brothers were both big athletes and so were my parents. Watching all of us go through various sports injuries, what it entailed and how there seems to be some missing pieces to the care.”

She also stated that a lot of times, especially for high school and collegiate athletes, they identify with their sport. When they get hurt, especially if they get hurt really badly, they feel that their identity has been stripped from them so they are already facing a lot of negativity and fear with what’s going on. Hulseberg wanted to be able to provide for them the opportunity to have a person who was supporting them in their endeavors not only just to get back on to the field that they’re trying to pursue, but also somebody that had empathy and knew how to be there for them and was willing to support them.

Hulseberg told Reminder Publishing that she created Excel Therapy & Conditioning out of what she felt was a need for the area. She wanted to be able to provide rehab and training for people and have it not necessarily have to fit the protocols or programming of large corporations.

“I wanted it to be more about the individual person and the patients coming in,”Hulseberg said. “I also wanted to do it for other people that were like me in the field that were struggling to practice in what they felt was the most ethical and moral way, while also being able to maintain a life and a family.”

Excel is primarily insurance-based and they  also do pro bono work, ensuring they provide and care for the people that need them most, regardless of what their income level is. Hulseberg stated they are technically categorized as an outpatient orthopedic practice, which means anyone of any age with an orthopedic issue can come to them for insurance or cash services. The first two weeks of the pandemic, Excel did close down with all the other businesses. After those two weeks, they started to get feedback from the medical community and insurance companies stating if they were in medicine and can safety do it, to stay open because they need them seeing their patients. Excel was originally located at Post Office Park since March of 2012. Then, during the pandemic, Hulseberg said they had to move to Boston Road in order to make sure they could stay open.

“We entered the pandemic in the red because of our recently completed expansion, which was a really scary thing to have happen,” Hulseberg revealed. “Then we had to move because of pandemic related conflicts within the building that we were in. We were still open thankfully. We have very loyal patients and clients that are with us.”

She recalled her most uplifting moments during one of their hardest times when Excel had their lease pushed back on their new location. They had a restricted window that they were able to move in and spend the first several days cleaning. They knew that they only had three days to move from their old location to the new one, which Hulseberg said is right down the street, but they were moving thousands of pounds of gym equipment, gym flooring, weights, stainless steel and all of the physical therapy equipment. Husleberg posted on Facebook that they were going to be moving and if anyone had a truck would they mind driving some things down the street for them. On the first day of their planned moving day, Hulseberg saw a line of people outside with pick up trucks and trailers willing to help.” She expressed how meaningful it was to have all of those people show up fully masked and ready to go in the middle of a pandemic.

“I got emotional a couple of times about how amazing it was having all of that help. We had planned out three days of moving and that it was going to be really tight. We had so many people show up that we were able to move everything from point A to point B in three hours,” Hulseberg responded. “How the community came together and helped us. It really solidified that I’m doing this for the right reasons and it’s worth pursuing even when it's really hard.”

Excel is now open for their group classes, their gym and their strengthening and conditioning, as well for as their patients, but Hulseberg said they almost never have more than 10 people in a 7,000 square foot location at any given time. They have sign ups for their appointments and for their members for the weight room and classes online. Hulseberg mentioned that they have all of their services that they normally offer, keeping everyone spaced out and apart from each other. They have also done Zoom-style evaluations and consults along with a lot of emailing with their patients.

“We’re taking what we have to work with right now and making the most of it. I hope we’re providing people with the best opportunities that we can,” Hulseberg added. “I would love for us to be doing well enough financially that we don’t have to worry about closing our doors and that we can be back to solely focusing on pushing ourselves to provide the best for our patients. It’s important that the focus is on safety right now, but I look forward to when the focus can just be on whatever is best for that individual.”

For more information, visit exceltherapyconditioning.com or call at 366-1717.