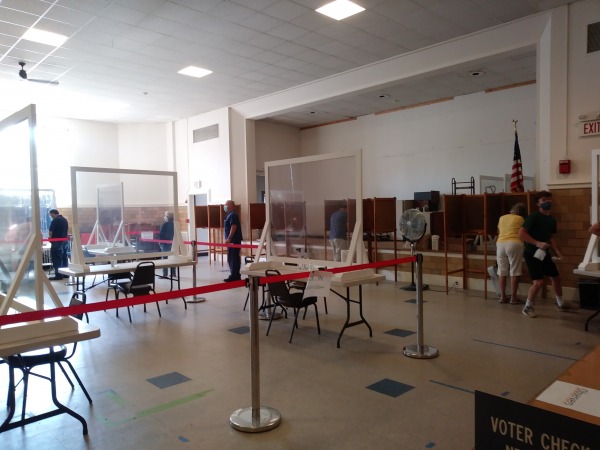 HAMPDEN - The Hampden town election looked a little different on June 22 than it has in years past, with plexiglass dividers, booths being cleaned between users and a regimented, streamlined process for moving through the auditorium of the Town Hall. That didn’t keep voters from turning out to reelect Select Board Member John Flynn to a sixth three-year term.

Flynn’s competitor, Michael Allegrezza, characterized the election as “the insiders versus outsiders decision.” While waving to voters outside the Town House, he told Reminder Publishing that he wanted to “put everyone on a level playing field” and do away with cronyism. He also spoke about addressing trash dumping in town.

Flynn said that over the next term he wants to address better communication and transparency in the town government. He also plans to work on the traffic issues and sidewalks at the intersection of Allen Street and Wilbraham Road. Lastly, he said finding revenue that doesn’t raise property taxes will continue to be a priority for him.