HWRSD brings new IT director, attorney on board 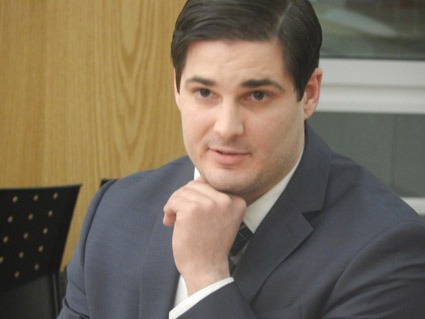 Ganem introduced the committee to Adam Bisson, HWRSD’s new director of IT, and stated that he is the successor of Bart Gilley, a longtime IT director for the district who is retiring.

“Adam’s second day is today,” he explained. “Adam’s been doing great work. We’ve had many many conversations leading up to his second day. Adam is on the educational side. He comes to us from the Advanced Math and Science Academy Charter School [in Marlborough].”

Bisson said he’s happy to be a part of the district and has numerous goals for the near future.

“This week I’ve been visiting with all the schools and meeting with all the principals as well as the technology staff to kind of get a feel to where we are with technology and where improvements could be made,” he explained. “I have two initial main tasks here at Hampden-Wilbraham. The first is to assess he technology that’s in place to get a feel for where we are and then to develop a strategic district technology plan for the future. And my second main task is to prepare, plan, and to strategize for students to be taking the [Massachusetts Comprehensive Assessment System] MCAS electronically this year. It will be quite an undertaking.”

Ganem said Bisson will help the district prepare for Grades 4 and 8 to take the MCAS electronically this year. Next year, grades 4 through 8 will take the electronic MCAS exam.

“We got some work to do in preparation of our bandwidth; in terms of our technology; and preparation for our teachers and as well as our students,” he added.

“He will be working with us, and already has, on the last couple of sessions through negotiations,” he explained. “We’re thrilled to have him. I have quite a history with Sean as well as being the attorney who represented us in Worcester as well too.”

Sweeney thanked the committee for the opportunity to work with the district.

He noted he’s been practicing law for about 24 years, 19 of which have been concentrated in the area of municipal representation, labor relations, and general counsel work for school districts.

“I am actually the product of a school principal and a teacher in the public schools in Massachusetts, so I like to say that I came up hearing about these things over the dinner table,” Sweeney said.

“At present, I have three other regional school districts that I represent, so I’m familiar with some of the challenges that regionalization brings to the school districts and some of the great benefits that come from that kind of an organization as well,” Sweeney said.