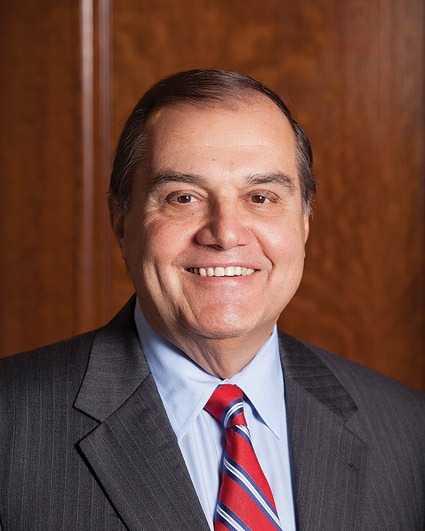 Salerno, who served as the interim executive director for eight months in 2012 and again from February 2013 until he was appointed the permanent executive director in October, told Reminder Publications the SSO Executive Board approached him about the position while the search by Arts Consulting Group was taking place.

“[I] basically said, ‘If you can’t find someone you’re happy with, I will be willing to put my hat in the ring,’” he added.

SSO President David Gang said Salerno’s performance as the interim executive director during the past several years was admirable.

“When he recently negotiated and worked around the clock to arrange the SSO’s performance for the New England Patriots in only two weeks, he earned the respect of Maestro [and SSO Music Director] Kevin Rhodes and the SSO Board,” he added. “We knew that even after a national search, we had the best person for the job already working for us in Springfield and are delighted that he has agreed to become our permanent executive director.”

The New England Patriots season opening pregame ceremonies at Gillette Stadium in Foxborough on Sept. 10 featured the SSO collaborating alongside rapper T-Pain with a performance of “All I do Is Win” by DJ Khaled.

“A good leader does the right thing and we thought this was the right thing for this company to have a symphonic presentation with T-Pain, a rapper, was a bridge that was not too far,” Salerno said. “We absolutely embraced each other.”

He said he believes the SSO has a “cultural opportunity” to expand the arts in the lower Pioneer Valley and across Western Massachusetts.

“My hope and my vision is that we will look at the symphonic orchestra as a vehicle to explore new horizons in music while honoring the traditional, but really exploring the new,” he added.

Rhodes said Salerno has been a “stabilizing force” running the SSO.

“We have developed a close relationship based on mutual respect, trust and love for this organization,” he noted. “Peter is in my estimation a born business impresario in the grand old school tradition. Between Peter’s appointment and the appointment of Susan Beaudry as Director of Development, the prospects for the SSO have never looked better. I can also say that the musicians of the orchestra are also thrilled with the decision as they have come to know and respect Peter as well as appreciate all that he has ßdone for us.”

Salerno said he believes his background in business complements the artistic accomplishments of Rhodes.

He added that what he enjoys about music is that it brings people together from different backgrounds and cultures.

“Whether or not your genre is classical music or popular music or rap music; music is really the universal language that brings us together,” he explained. “From a classical point of view, when I’m totally involved in the work I am relaxed; I come out of it more refreshed and I feel like its really added to my ability to enjoy life.”

Some of Salerno’s favorite classical musicians include German composer and pianist Johannes Brahms and Finnish violinist and composer Jean Sibelius.

Salerno said there are many exciting SSO performances scheduled for its 2015-2016 season, including a presentation of George Gershwin’s opera “Porgy and Bess” in honor of black history month on Feb. 27, 2016. The opera will feature narration by actor Avery Brooks, who is best known for his television roles as Benjamin Sisko on “Star Trek: Deep Space Nine” and as Hawk on “Spenser for Hire.”

Other events include, “Blockbuster Movie Scores: Kevin Rhodes conducts John Williams,” on April 23, 2016, which will feature Williams scores from films such as the “Indiana Jones” series, “Star Wars,” “E.T. the Extra-Terrestrial,” “Jaws,” and the first three “Harry Potter” films, as well as “Centennial Sinatra – Celebrating the Music of ‘Ole Blue Eyes’” on Feb. 13, 2016, which will feature Steve Lippia performing Frank Sinatra songs alongside the SSO in celebration of the life and music of Sinatra.

Salerno is a former member of the SSO Board of Trustees, the current president of a local consulting firm; teaches graduate classes at Bay Path and Clark Universities; is the executive director of the Roger Putnam Technical Fund, and currently serves as chair of the Hampden-Wilbraham Regional School Committee.