TWB is ‘in the mix’ of discussion of district’s future 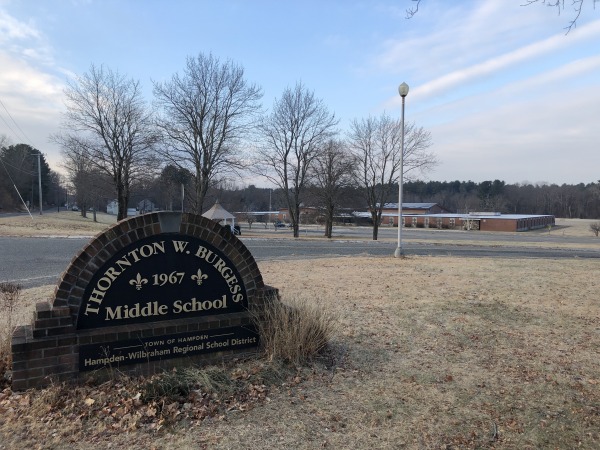 Wilbraham Selectman Robert Boilard posted in his Facebook group that with resident approval, Wilbraham would conduct a study of municipal buildings. He indicated Hampden was asked to consider the same.
Reminder Publishing photo by Payton North

HAMPDEN/WILBRAHAM – The Board of Selectmen did not provide an update on the status of litigation against the Hampden-Wilbraham Regional School District, but a message from one of their Wilbraham counterparts may offer a reason for optimism.

While there was no discussion in public session regarding the school issue, the board did meet with Attorneys Ed and Christine Pikula in executive session for nearly 30 minutes at its meeting on Jan. 15.

Earlier that day, Wilbraham Selectman Robert Boilard posted in his Facebook group that representatives from each town’s Board of Selectmen, town administrators, financial experts, and district leaders recently met and had a “great discussion” about the future of the district.

“No decisions, no real results, except for the fact that we all talked about our issue and focused on the kids and the education they have now and what they could have in the future,” Boilard said in his post.

Boilard explained that, with resident approval, the town of Wilbraham would conduct a study of municipal buildings through an independent contractor, starting with the school buildings. He indicated Hampden was asked to consider the same.

“Once these facts are in, the district will develop a plan for the future of our district. This study by no means [throws Thornton W. Burgess] out, it is in the mix,” he said.

For its part, Wilbraham will pursue funding through the Massachusetts School Building Authority for improvements and repairs to Wilbraham Middle School (WMS) in order to accommodate whatever the future holds for the building.

“Regardless of the outcome of the district’s plans, WMS will always be in the mix for Wilbraham students,” Boilard said. “If by chance WMS becomes the regional middle school, residents will have to understand that repairs to that building are our responsibility. Once complete and if regionalized, then future endeavors would be shared.”

Wilbraham has seen a recent increase in school population. Both Boilard in his Facebook message and the Hampden selectmen at their meeting discussed the impact on the budget, which results in an 1 percent increase in Wilbraham’s assessment and a decrease in Hampden’s.