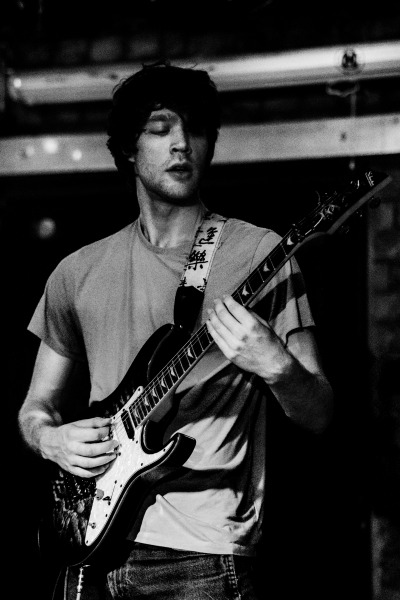 On Jan. 4, however, Chivers will treat his hometown to a solo electric guitar concert at the Wilbraham United Church.

“I’m back in town and just wanted to share what I’ve been working on so far away,” Chivers said.

The musician described the upcoming concert, beginning at 7:30 p.m. in the church’s Sanctuary, as “something different, but it will be a relaxing evening.” Chivers will play mostly original songs, though he did not rule out performing some covers.

“I combine my classical training with my rock and jazz background to create music which is not afraid to use any means necessary to express its intentions, usually allowing the quirks of the instrument to shine through, while still being melodic and musical,” Chivers said in a press release.

A 2011 Minnechaug Regional High School alumnus, Chivers played with the high school jazz band and wind ensemble and sang with the school’s madrigal singers. He is a graduate of Berklee College of Music.

Chivers decided to study in England for the travel as much as the Royal Northern College of Music, from which he already has a master’s degree and will obtain his Ph.D. in 2022.

From there, “I want to stay in England, but my wanderlust is still there,” Chivers told Reminder Publishing.

He has also attended the guitar course at the Darmstadt Summer Course in Germany in 2016 and 2018 and studied with Yaron Deutsch of Ensemble Nikel.

Compositions written by  Chivers have been performed in the United States, England, Scotland, France and China.

Chivers said that living and studying in England has impacted his music.

“I feel like it’s changed, but I’ve realized my roots even more,” he said.

“It’s really fun and exciting to be coming back to a place where some of my earliest musical memories were made,” Chivers said in a statement.