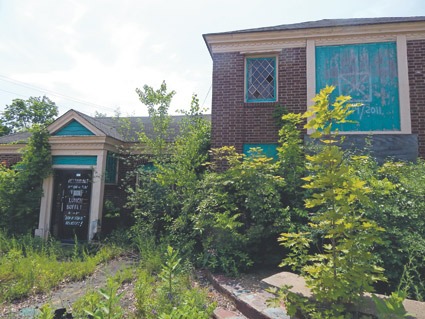 The town has foreclosed on the former Belli’s Restaurant, a longtime vacant and condemned property at 2451 Boston Road.
Reminder Publications file photo

WILBRAHAM – The town has foreclosed on a longtime blighted property at 2451 Boston Road, which once housed former food establishments such as the Ground Round and Belli’s Restaurant.

Assistant Town Administrator for Budget and Finance Thomas Sullivan told Reminder Publications the Massachusetts Land Court in Boston made its final judgment regarding the property on Dec. 24, 2015.

The building’s owner, Carl Pastoreck of Hampden, owed at least $80,000 in back taxes on the condemned and vacant property. The town filed its complaint to the Land Court in October 2014.

“We don’t plan to use the property at all,” Sullivan said. “What are plan is right now is we’ve set the Department of Public Works up there and they are doing, as best they can, a cleanup of some of the brush and the trees that were growing out of there. People have dumped a couple televisions in the parking lot. Right now, our goal is to make it as presentable as possible for the time being.”

He added he and Town Administrator Nick Breault plan to meet with the Board of Selectmen in order to include an article on the 2016 Annual Town Meeting warrant that would ask residents whether they would be in favor of demolishing the building.

Sullivan said the property most likely contains asbestos and the early cost estimate of demolition and removing the hazardous material is $125,000.

If the building is demolished, the next stop could be to sell the property at an auction, he noted. However, the town’s control over the location might not be set in stone.

“There’s one part of the law that talks about [how] the prior owner or somebody who has an interest in the property [could] petition the land court to get the property back [if] some technicality wasn’t done,” Sullivan said. “They have up to a year to come back and do that.”

He continued, “What would happen is we would [let] the place sit for a year, but because of the location and the condition of the property we might move ahead with the demolition earlier than that. We probably would not sell it until the year went through.”

Board of Selectmen Chair Robert Boilard said the board has yet to have a discussion regarding the long-range plan for the property, but he believes it would be possible to sell the lot.

“That was the original intent,” he added. “I’m not sure there’s anything that goes beyond that.”

Boilard said he believes the foreclosure is a relief for the town and residents.

“On the downside of it, it still costs the taxpayers significant dollars to rid ourselves of the building that we now own,” he added. “Hopefully we can recoup some of that in the sale of the land.”