MGM’s problem isn't the plan; it's the communication 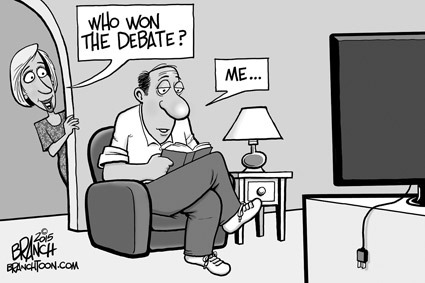 MGM International is a very successful company that understands the entertainment, hospitality and gaming businesses inside and out. It’s too bad they don’t know how to communicate with people, though.

Last week, Mayor Domenic Sarno headed up a press conference to announce two major changes in the plan for the Springfield casino: the replacement of a 25 story glass tower hotel with a six-story hotel and the removal of the 54 market rate apartments from the casino campus to another location.

I felt badly for the mayor, as he was the one fielding all of the questions instead of a representative of the company.

It wasn’t until Sept. 24 that Michael Mathis, president of MGM Springfield, was in the hot seat, but not before a group of reporters, instead in front of the Gaming Commission.

It was there the public learned much more about the change in hotel plans. The reason was simple: construction costs have increased since the initial plan was announced and economies had to be put in place. This happens all the time with any major construction project. The new plan means there would not be 250 rooms as in the old design, but 251 rooms.

The cost would remain the same as the six-story hotel falls neatly within the $800 million budget.

Sounds good to me.

The 54 apartments, Mathis revealed, would be going into a building near the casino, potentially 31 Elm St., the old Court Square building. That would be more good news, as it would take those construction dollars and apply them to another building. Mathis added the cost of the previous apartments would force MGM to charge $4,000 to $5,000 for monthly rent. That’s not market rate here.

So how did two pieces of good news wind up making people angry and critical of MGM? It wasn’t the content. It was the delivery.

Ask yourself a question: has there been any real change in the project? There is the same number of hotel rooms – plus one – and the apartment will help redevelop an existing building.

Yes, we won’t have a new addition to the city’s skyscape, but I’m sure the eye candy it would provide to people passing on I-91 will be replaced with other attractions.

While I’m a skeptic about the casino project as a whole I want it to succeed. I do not want my city to be left with a three-block failed project.

That being said, if you want the continuing support of the community for changes such as these they need to be communicated so people clearly understand what actually is happening. Does MGM really want the anonymous tin foil hat wearing boobs who place comments on the daily newspaper’s website to be steering the narrative? I would think not.

The next time MGM has a major announcement about the casino project here is what you do: talk to the mayor and his staff. Talk to the City Council as well and give the Chamber of Commerce a call. Now, send out a media advisory to the press. Have a press conference during which the mayor, the City Council president and others can participate. Answer all the questions from reporters. Give the reporters a parting gift of cigars and Scotch.

An ink-stained wretch can dream, can’t he?

Doing it this way, you include the necessary constituents and you can actually get out your facts.

I should get a thank you for this free advice, but I doubt that I will.

Agree? Disagree? Drop me a line at news@thereminder.com or at 280 N. Main St., East Longmeadow, MA 01028. As always, this column represents the opinion of its author and not the publishers or advertisers of this newspaper.