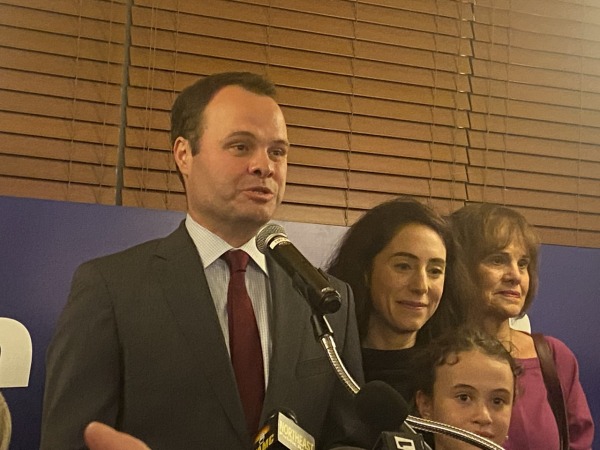 If you think that fictional programs on TV have intrigue, they are nothing like what happened on primary night both locally and statewide.

Massachusetts went from having an interesting Democratic primary for governor three or four months ago, with several candidates looking to be the final candidate, to a one-size-fits-all person in the form of Attorney General Maura Healey.

The choice for Democrats simply went away with the other candidates quitting, clearly fearing they couldn’t get necessary traction against Healey in the race.

On the Republican side, the state party leadership, having taken multiple huge mouthfuls of MAGA Kool-Aid, ignored the fact the person dubbed the most popular governor in the country could be a huge asset in keeping the executive office. There are few times in politics when the party of a sitting popular governor actively seeks to shun that person, but congrats to the Massachusetts Republican Party for making history.

Chris Doughty’s candidacy was aimed at centrist Republicans, independents and Democrats, and his presentations of plans for parts of the state that historically feel disenfranchised was refreshing. He was offering specifics that Healey was not during the primary.

Doughty, though, was seen as an outsider – not necessarily a bad thing in Massachusetts politics – but a position his own party shunned. In hindsight I wonder if he would have been better served running as an independent.

Geoff Diehl’s tactic of speaking primarily with right-of-center media – I was pleased he spoke with Reminder Publishing and Focus Springfield during the recent Sheriff’s Picnic – did not help him build a Baker coalition during the primary. His challenge is how does he reach that group of voters at the same time keeping to the one true faith as a Trump acolyte?

When he ran for the Senate several years ago against Elizabeth Warren, he told me and other members of the press that if elected he would follow what President Trump wanted him to do. I’m not sure that is his intent now as governor.

The race for lieutenant governor among the Democrats must have been very frustrating. Here were three competent candidates all vying for the job of working with Healey, without any indication from Healey she had any interest in any of them. That job is one that is formed and crafted by the sitting governor. Both Baker and Deval Patrick made a point of assigning their lieutenant governors particular tasks and involved them in the governance of the commonwealth.

It is a mystery of sorts with me why any of these three candidates wanted to take the risk of going from an active role in government to one in which they could very well spend their time making paper clip chains sitting in an office on Beacon Hill.

Our hometown candidate, state Sen. Eric Lesser, characterized his interest in the job as being an advocate for the completion of east-west rail. I get it. When that project is finished, Lesser will have the satisfaction of guiding a huge economic development and transportation innovation to reality. It’s genuinely historic.

I submit, though, that Lesser would have continued to have been effective in this issue as a state senator.

Lesser and the other two candidates have severe name recognition issues with voters and their rhetoric amounted to projecting what they wanted to do rather than what they actually would be allowed to do.

Healey did none of these candidates any favors.

Locally we saw an election night that presented an obvious conspiracy theory – if one is open to such things. Lesser lost his election, Lesser’s former aide Chicopee City Councilor Joel McAuliffe lost his bid for a seat in the House and Sydney Levin-Epstein, who once served as an intern in his office, did not make it past state Rep. Jake Oliveira for the state Senate seat currently held by Lesser.

There was considerable opposition locally to Lesser’s candidacy, which runs counter to the conventional wisdom of supporting the local person. It’s hard for me not to see this turn of events as having a personal aspect, as Lesser’s stance as a candidate matched what he has been doing as senator.

Personal feelings in an election – admiration, affection, distrust and dislike – can certainly be more influential than accomplishment, though.

In Chicopee, the emergence of state Rep. Joe Wagner and former Mayor Richard Kos as a team supporting McAuliffe’s opponent Shirley Arriaga was very interesting to me. McAuliffe had been a loyal member of Kos’ administrative staff and has been an effective city councilor.

Clearly, though, Wagner and Kos did not want him in the House.

Levin-Epstein worked very hard to try to achieve her goal, but many of the Democratic wagons circled Oliveira, despite his potentially difficult narrative of wanting a larger office without finishing his first term as a state representative.

In Springfield, state Rep. Bud Williams was returned to office in the primary race against community activist Jynai McDonald. McDonald worked that election but fell short.

In the Governor’s Council race, the conventional wisdom was that Springfield City Councilor Michael Fenton was the front-runner, but the election results showed that Fenton, and attorneys Shawn Allyn and Jeff Morneau, essentially canceled each other out allowing for the candidate from North Adams, Tara Jacobs, to win the primary. She will face Republican John Comerford in the November contest.

Hampshire County Sheriff Patrick Cahillane won his primary bid for re-election. At press time, Yvonne Gittelson, who came in second, announced she would be running a write-in campaign.

Now on to November when other races, both local and statewide, will be decided and may offer more intrigue.