Student loan debt must be addressed 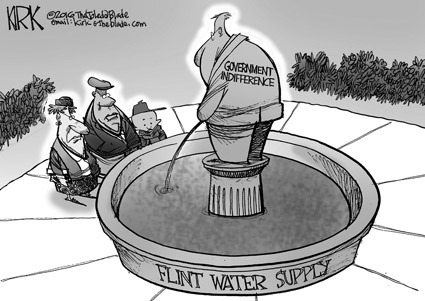 There are many times I feel every bit of my 61-plus years. The new arthritis in my right knee is giving me a new group of wonderful sensations. Why does it have to start hurting at 3 a.m.?

Despite my efforts to keep up with pop culture, I am falling way behind, especially in music. I have younger members of my staff and I actually like to know what they talking about. Here’s a wake-up call: watch the Grammys and see how many performers whose name you recognize. It’s scary.

I’m getting more and more cynical about the world, instead of being hopeful and I find I simply don’t want to do things that waste the relatively little time I have left – my all too unrealistic goal is living to 80, so that’s less than 20 years left.

And the meter is ticking.

Having said that, there are many times I enjoy being a geezer. Hearing the name “grandpa” coming out of the mouths of three wonderful kids is music to my ears.

People tend to be a little more polite and respectful when you have a headful of white hair, at least at some times.

And at my age I’m glad that I dodged student debt. That’s a major relief.

Sure I have debt, but I didn’t start out my career in debt. It came fast enough once I entered “the real world” after college.

If you’re my age, you may have avoided that trap as well. Believe it or not kids, there was indeed a time in which you could work your way through college.

I graduated from UMass in 1976 and I remember a semester bill being about $800. Yes, I commuted and lived at home. Yes, I worked year round – every weekend and all through the summer. Yes, generally things seemed more affordable then.

There were plenty of people, though, who didn’t have to take loans and if they did they might acquire less than $10,000 in debt.

Today, people can run up to $100,000 in debt between undergraduate and graduate degrees. Once they are ready for the workforce they essentially have a mortgage before they even look at a house.

Sen. Elizabeth Warren has been working to fix this situation and one way has been to lower the current interest rate to beneath 4 percent and allow students to refinance.

Naturally she is facing huge resistance in the Senate.

Here is a question to ponder: should the federal government be making huge profits from student loans? Considering a well-trained workforce is essential to our future, why put into place policies that discourage students from going to school because of costs of loans?

Warren, who appeared at Westfield State University on Feb. 1, said the loans from 2007 through 2012 have generated $66 billion in profit for the federal government.

Why do we want our young people to have so much debt when they are trying to start out in life? Why do we want to discourage people from bettering themselves with education by making it so expensive?

Warren wants to finance a decrease in the interest rate by having millionaires and billionaires pay a tax rate equal to the rate paid by “teachers and firefighters.”

Wow. That sounds dangerous and crazy, right? Because in ‘Murica, the wealthy should be immune to such egalitarian concepts.

It’s too bad this issue isn’t getting more traction in the current race for the White House. Only Sen. Bernie Sanders is speaking regularly about it.

This is a problem that is affecting millions of Americans and one we all need to correct.

Agree? Disagree? Drop me a line at news@thereminder.com or at 280 N. Main St., East Longmeadow, MA 01028. As always, this column represents the opinion of its author and not the publishers or advertisers of this newspaper.